We often find ourselves watching our favorite films and wondering, where is that?

It can become an obsession of ours, especially if we find out something was filmed close to home!

To walk the same streets or have our own cinematic experience standing in Times Square can be a thrill like no other, can’t it? 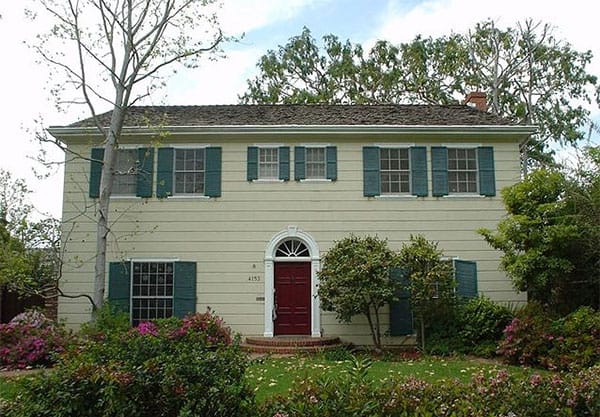 American Pie has established a cult following and a soft spot in most of our hearts; from Stifler’s mom to that pie scene, it’s a film that stays with you forever. But where was it filmed? Well, today you are about to find out!

Set in the fictional neighborhood of East Great Falls, American Pie was filmed in California, namely Los Angeles and its surrounding suburbs. Let’s take a look at some of the locations used now.

The scenes in the school were filmed at a high school. Millikan High School, situated on Snowden Avenue in Long Beach, was used, along with California State University Long Beach.

Stifler’s house was shot in two different locations. The exterior was shot on Lombardy Road in East Pasadena, whereas the interiors were shot on Rubio Street in Altadena!

Stifler’s lake house was filmed out in the Westlake Village, on Lake Sherwood Drive; perhaps it’s worth a trip to the lakes?

Kevin’s House was also shot in Pasadena, on San Pasqual Street. Jim’s house was all shot on Cedar Avenue in Long Beach. A trip to 4153 Cedar Avenue, and you can have a selfie outside the pie-gate house itself!

And what about the Dog Years coffee shop? It was filmed at Myrtle, Monrovia. It is a diner with the name of Caffe Opera and is open for business; at the time of writing, why not take a trip?

So there you have it! American Pie was filmed in California. A range of locations was used, such as Long Beach, Pasadena, and Monrovia, to create those memorable scenes we all love so much.

Surrounding streets and the exterior of these streets is probably also in the film as part of background shots; why not put it on and see what you can spot?

Is it time for plane tickets and a photoshoot at these locations? We think so!