Tim Burton’s Beetlejuice (1988) is widely considered one of the best pop-culture works of gothic surrealism of the late 20th century.

An incredible success for what was only Burton’s 2nd ever feature-length movie, the film follows an unlucky couple who, having recently moved into an old country house in Connecticut, die in a car accident and find themselves trapped inside the house as ghosts - even as it is sold to a new family.

The newlyweds (or rather, newlydeads) must enlist the help of the alarming and ill-mannered ‘bio-exorcist’, Betelgeuse, to solve their predicament.

One of the most iconic aspects of this well-loved film is the ‘Beetlejuice house’. Fans of the movie may be shocked to learn that the house wasn’t a real house at all, but a temporary facade erected specifically for the movie.

Moreover, the filming location on which the facade was built wasn’t in Connecticut, where the script is set, but in East Corinth, Vermont.

While Beetlejuice fans can’t visit the house itself due to it being pulled down after filming, many of the other town buildings featured in the film are still around for those who are ‘strange and unusual’ enough to take a look… 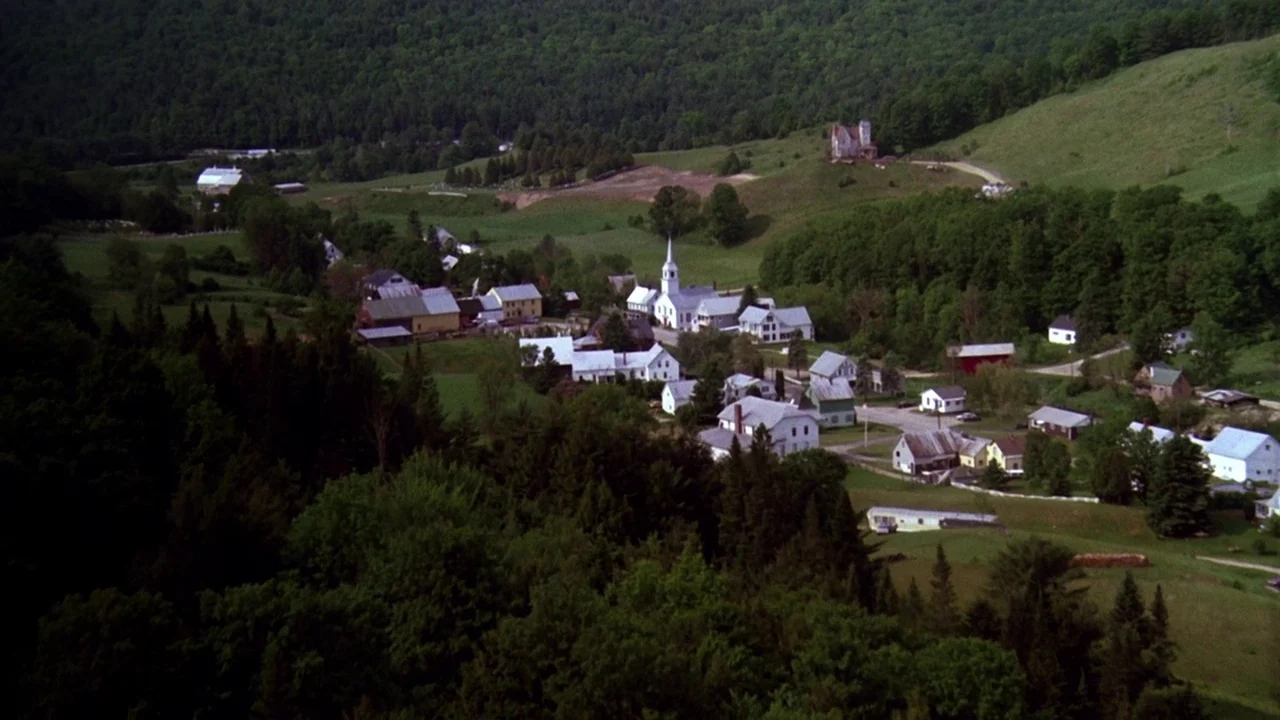