When watching a film, do you catch yourself wondering where was that filmed? Us too! Sometimes it can overwhelm your ability to enjoy the movie, and you need to know now where it was filmed.

Watching Birdcage is no exception to that rule; we want to know where those famous scenes were filmed, some of us to settle curiosity, others to pay a visit for that all-important selfie. Whatever the reason, today we are here to answer the question: where was Birdcage filmed?

The Birdcage, a 90’s classic starring Robin Williams, was filmed in California and Florida. The film was shot across a few locations, so let’s take a look at those now!

The club was filmed in Miami Beach in Florida. 1250 Ocean Drive was used for the exteriors of the Birdcage club.

You can see the unchanged Art Deco landmarks of this address as well, which is the Carlyle club that is still open at the time of writing! 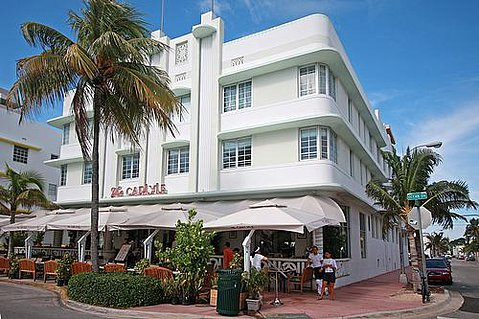 To maintain the Art Deco feel of the film is still open Art Deco District in South Beach in Florida was also used for filming.

Other beaches such as Miami Beach were also used as the locations for the film.

Parts of the film were also shot at Studio City in Los Angeles. At 4390 Colfax Avenue, the church scenes were filmed.

This location is the First Christian Church of North Hollywood.

Parts of the film were shot in Paramount Studios in Hollywood and Greenwich Studios down in Miami, Florida. These were used mainly for interior scenes where it was not necessary to know the location.

The car trip to Florida was interestingly shot in Orange County in New York! But don’t worry, areas of Florida were used for the film. Along with the earlier mentioned beaches, MacArthur Causeway, Fort Lauderdale, and Broad Causeway were all used to shoot this iconic film.

The Birdcage was filmed in some memorable and iconic locations across America.

Perhaps it is time for a trip to LA or Florida to walk in the footsteps of these much-loved characters!