One of the best and visually striking films of the 2010s comes in the form of Darren Aronofsky’s Oscar-winning horror Black Swan.

Released in 2011, Black Swan stars Natalie Portman in an Oscar-winning performance as troubled prima ballerina, Nina Sayers, who is tasked with taking on the lead role of the White Swan and Black Swan in a New York ballet company’s run of Swan Lake.

Soon after taking on the role, Nina finds herself venturing down a spiral of mental anguish that ends in a split of identity as she struggles to hold onto reality.

A common question often asked is where was Black Swan filmed. With the majority of the film taking place within an exclusive New York ballet company’s rehearsal space, many filmgoers and ballet afinados wonder where exactly was Nina perfecting her dance moves.

With most of the film taking place at the lauded Lincoln Center, the home of world class ballet, Aronofsky immediately uses location and setting to highlight Nina’s status as a professional dancer.

It is through location that we get to explore the two sides to Nina’s personality - her dream worklife and her less-than-luxurious apartment.

In true Aronofsky fashion, delves into the environment where the film is set. It should come as no surprise that Aronofsky uses various locations around New York to elevate the film’s storyline.

Mainly flitting between Nina’s workplace and her home which she shares with her mother, Aronofsky does a good job in presenting the contrast between Nina’s two lives in both the film’s plot and through the filming locations. 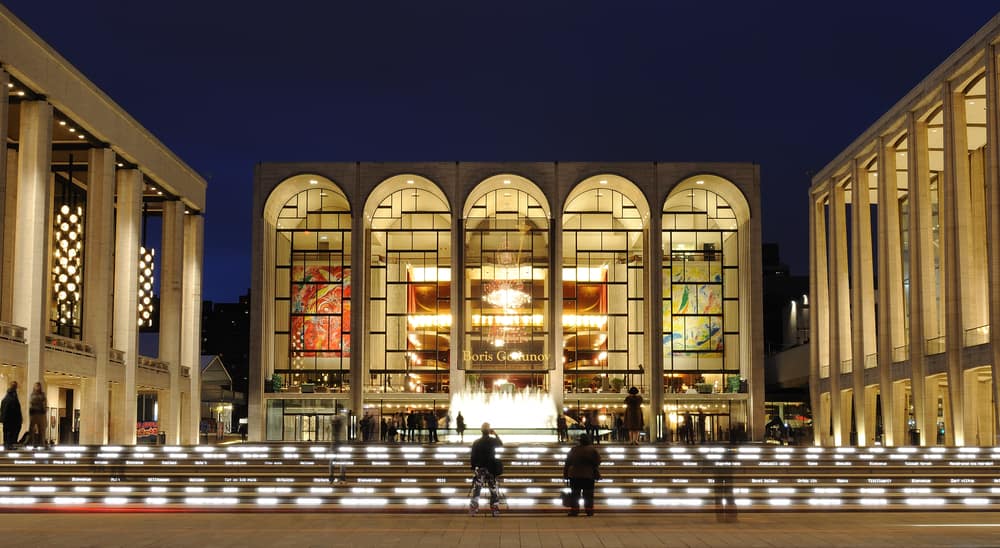 The building used for the rehearsal and audition scenes is meant to reflect the Lincoln Center for the Performing Arts which makes sense as the Lincoln Center is the pinnacle of ballet performances, showing that Nina is supposed to be the best of the best.

The Lincoln Center was mainly used for exterior shots and then interior shots were taken in the Performing Arts Center at State University of New York at Purchase.

The Lincoln Center’s exterior is also used in various other scenes such as Leroy’s encounter with Nina besides the fountain.

With Nina spending most of her time at her rehearsals, it’s only natural that Aronofsky makes use of the environment around the Lincoln Center.

This highlights Nina’s obsession with her work and her strive for perfection. The amount of time she spends there outshadows any other location in the film as she seems to live through her work.

The final scene in which Nina performs in Black Swan was also supposed to be at the Lincoln Center but just like the rehearsals, was actually filmed at the Performing Arts Center at State University of New York at Purchase which is located in Westchester County.

Marking the end of the film in a climactic scene that is both theatrical and cathartic, the Performing Arts Center stage is the perfect filming location as we get to see the result of Nina’s hardwork and the results of her spiralling madness.

The charity gala scene in which Nina is announced as Beth’s (Winona Ryder) replacement is one that is very hard to forget.

A scene that marks the beginning of Nina’s undoing, the beautiful location used for the charity gala is actually at the National Museum of the American Indian, 1 Bowling Green, Lower Manhattan.

The exterior of this building has been included in many films before such as Batman Forever and The Royal Tenenbaums.

The interior, however, is part of the reason that makes the scene so memorable, contrasting to Nina’s small apartment which will be discussed momentarily, the National Museum of the American Indian exudes the luxury of the world that Nina’s job caters to.

As mentioned, Nina lives in an apartment which is supposed to be located at the Upper West Side. The apartment was actually filmed at Turner Towers, 135 Eastern Parkway, Prospect Heights in Brooklyn which is an affluent area.

Living with her overbearing mother, Erica (Barbara Hershey), the apartment feels claustrophobic as both women begin to suffer severely with their mental health.

Compared with the lavish life Nina leads with her ballet and the places it takes her, the apartment is a stark contrast and Aronofsky’s to film in this location really helps to show this difference.

Lastly, the club scene in which Nina goes out with understudy Lily (Mila Kunis) was at luxury lounge Forum, located at 127 4th Avenue, between East 12th and 13th Streets.

Sadly, Forum has since shut down and has been taken over by a restaurant called BarBacon. It still maintains the same architecture should you wish to go on a little location trip.