The Breakfast Club is a coming of age story that follows 5 teenagers spending a Saturday in detention at their school. The teens, played by Emilio Estevez, Anthony Michael Hall, Judd Nelson, Ally Sheedy, and Molly Ringwall, are from 5 different school cliques.

Written and directed by the legendary John Hughes, The Breakfast Club was intended to be his directorial debut. As such, the investors were reluctant to sink too much money into the project.

Filmed in 1984 and released in 1985, The Breakfast Club was an immediate success earning over $51.5 million despite its meager budget of only $1 million.

Hughes was able to produce a masterpiece with this budget thanks to the fact that the cast was almost microscopically small and filming took place in a single location.

The entire film was shot within Maine North High School in Des Plaines, Illinois. A public school that was opened in 1970 and shut 11 years later in 1981,3 years prior to filming. 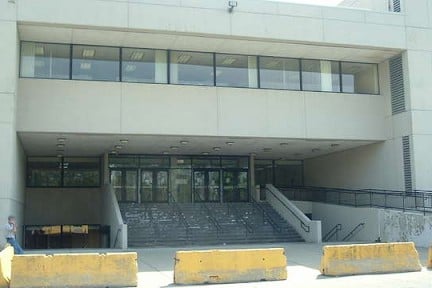 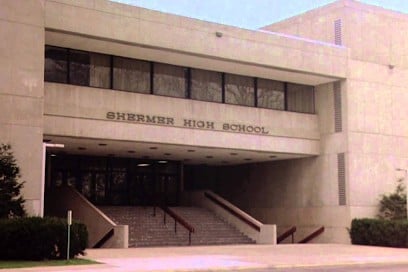 Hughes grew up in Chicago and set a number of his movies in the city. The Breakfast Club was no different. Shermer was created as a fictional suburb of Chicago. The Des Plaines high school, a real-life Chicago suburban school was chosen as the perfect filming location. 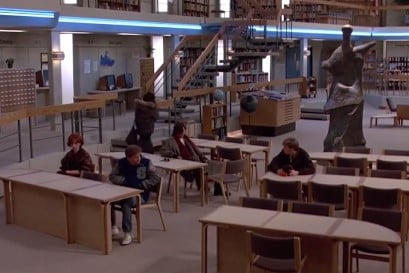 The library of Shermer High School was actually a set created in the gymnasium of Maine North High School.

In some scenes, the students are seen exploring the school. These were filmed in the corridors and cafeteria of Maine North High School.

Similarly, the final scene of the movie, which sees John Bender (Judd Nelson) running across the athletic field, was also filmed at Maine North High School.

The Breakfast Club was not the only John Hughes film shot at Main North. Some of the interior school scenes from Ferris Buller’s Day Off were also filmed at the school.

To save money, Hughes filmed both films at the same time while he was on location at the school.

Nowadays, the school building houses the district headquarters for the Illinois State Police, a communication center for Cook County Sheriff Department, an Illinois lottery payment office, a regional office of the Illinois Environmental Protection Agency, and several other offices for state agencies.