The 2011 all-female lead comedy Bridesmaids starring Kristen Wiig and Melissa Mccarthy has paved the way for female comedy and has established itself as being such an iconic and feelgood film thanks to its openly crude scenes that’ll make you cry with laughter.

The film is primarily ‘set’ in Milwaukee and Chicago in the state of Wisconsin however, there were only a couple of days spent filming small scenes and getting establishing shots of the two cities for the film itself, the rest was mostly filmed in and around locations in Los Angeles and other parts of California. 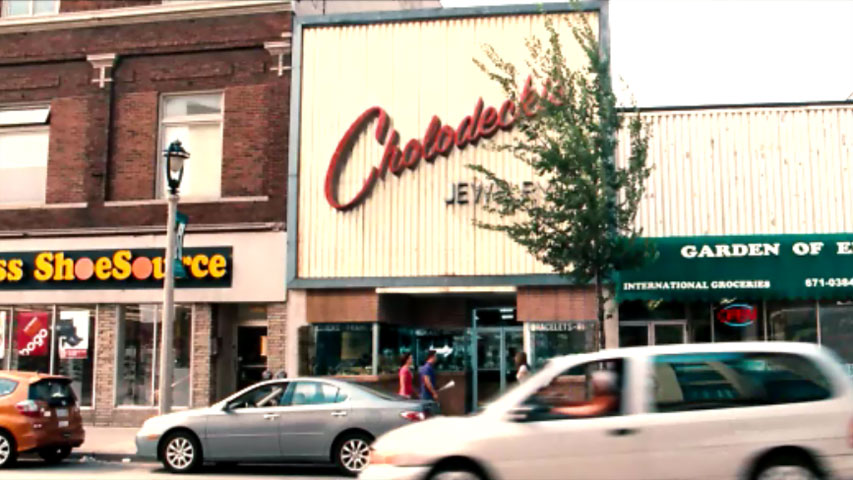 One of the funniest and most iconic scenes of the film, where the main character Annie gets fired for dropping the C bomb whilst arguing with a smug teen is one of few parts of the film shot in Milwaukee.

The ‘Cholodecki’s’ storefront was used to film the exterior of the jewelry store where Annie works and is actually situated in the historic Mitchell Street District of Milwaukee. With the magic of technology, the store name was digitally changed for the film.

The club where Lillian and Doug hold their engagement party was actually filmed in Sherwood Country Club in Thousands Oaks, in California. This scene is the first time that Annie will get to meet Helen, Lillian’s new best friend, and is most memorable for the speeches from both Annie and Helen where they subtly (or not) compete for Lillian’s affection.

This is also the first location where we meet Doug’s sister Megan who is played by Melissa Mccarthy. The Sherwood Country Club also provided the tennis courts where Annie and Helen competitively (and aggressively) play tennis against each other.

It was also featured for the exterior of the wedding venue in the final scenes of the film.

The all-white bridal shop ‘Belle En Blanc’ is filmed on Spring Street in Downtown LA and used to be an old American Bank Building.

This scene took the film from just another funny chick-flick to a well-loved classic as we see the majority of female leads come down with food poisoning and having to relieve themselves in any place they can find, this includes bride-to-be Lillian having to go to the toilet on Spring Street itself.

This is not the first tie the building on Spring Street has featured in Movies, it also makes a cameo in Spider-Man 2 and also the Jim Carrey classic The Mask. 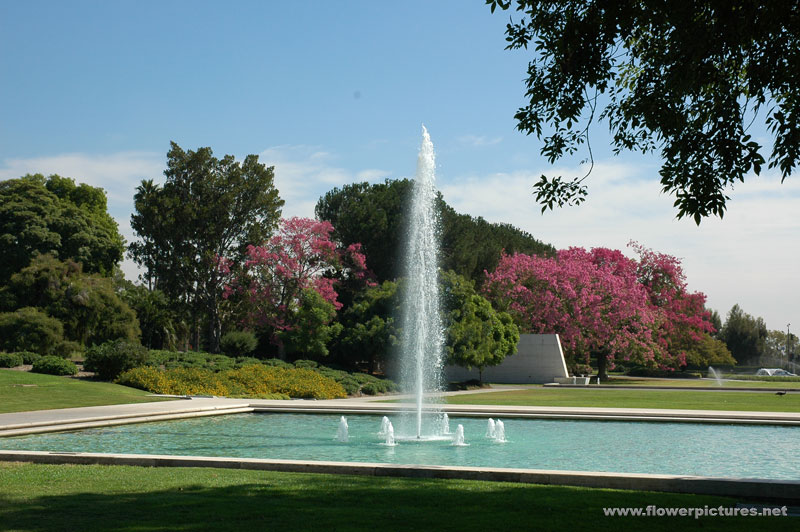 The beautiful yet over-the-top wedding, where Lillian and Annie’s favorite 90’s girl-group Wilson Phillips performs, was filmed in the famous Los Angeles State and County Arboretum  in the northeast of LA in Arcadia.

The beautiful gardens which span a whopping 127 acres have hosted some very famous film sets over the years, including Matilda, Jurassic Park, and Terminator.

You can visit the gardens all year round and can even book them out for your own weddings, events or even to film your own TV programs or films there.

The restaurant where Annie, who is Lillian’s Maid of Honour takes the rest of the bridal party to experience ‘authentic’ Brazilian cuisine is La Sirenita on Oxnard Street in Van Nuys, California.

The restaurant actually exists, however it serves Mexican food and won’t make you end up like the bridal party in the film (if you know, you know).

The liquor market where Annie accidentally bumps into Officer Rhodes is filmed on Crenshaw Boulevard, in Gardena in the South Bay.

The chosen location for the scene where Officer Rhodes takes Annie out to let her try out his speed gun was to imitate the mid-western scenery of Chicago and Miluawakee. However, the scene was actually shot at Jeep Trial, north of Oxnard on the South Coast of California.

The exterior of the bar where Annie and Officer Rhodes go on a spontaneous date after Annie’s embarrassing flight to Vegas is one of the few actual shots of Miluawakee, set on 32nd Street, just north of Lincoln Park. However, the interior was actually shot in Redwood Bar & Grill on West Second Street in downtown LA.

The pirate ship themed bar offers drinks, grub, and also live music, and can even be booked out for events if you are keen to visit. The bar was also used to film the karaoke scene in the 2009 film 500 Days of Summer where Zoey Deschanel and Joseph Gordon-Levitt sing songs by Nancy Sinatra and The Pixies.

Homes of the Characters

Annie’s home was filmed in the south of Milwaukee, where she lives with Gil (Matt Lucas) and Brynn (Rebel Wilson).

The apartment is situated on East Holmer Street in Bay View. 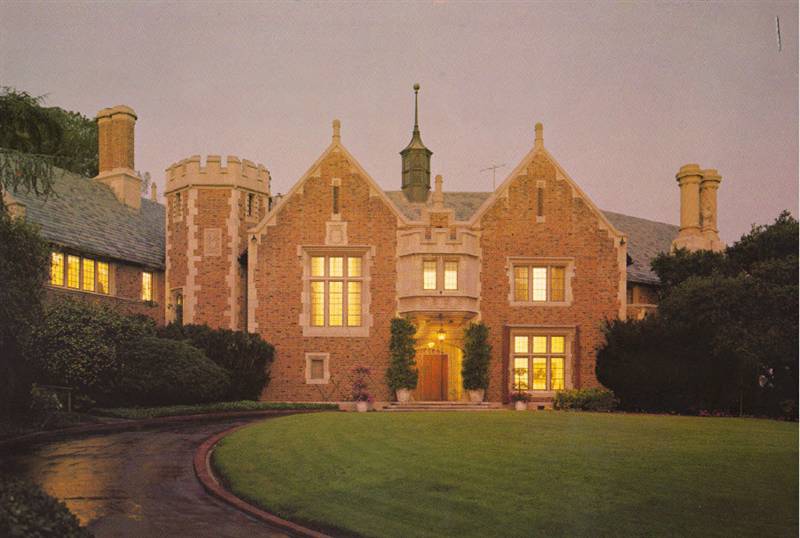 Helen Harris (Rose Byrne) who plays opposite Annie’s as a rival in the film hosts Lillian’s Parisian-themed bridal at her luxurious estate, which was filmed at a beautiful mansion on South San Rafael Avenue northeast of LA in Pasadena.

You can see the fancy entrance gates to the estate, however, the mansion is not visible from street view. The 1928 Gothic mansion has been used for film sets for an array of films including Rush Hour, The Campaign, and also Scary Movie 2.

The ultra-plush home of Annie’s friends with benefits Todd is set in central San Fernando Valley in Encino, where many Hollywood celebrities situate themselves or have bought second homes. You can walk past the house if you’re in the neighborhood, however, the super tall gates will stop you from taking a peek.

Bride-to-be Lillian (Maya Rudolph)’s ‘Milwaukee’ apartment is actually set in Venice, California. However, only the exterior of the 1922 charming building was used for establishing shots in the film and the interior of Lillian’s apartment was filmed

Annie’s mom Judy’s home was filmed at California’s third-largest city Santa Clarita which is 40 minutes from downtown LA. After further research, it’s been confirmed that only the yellow cabin exterior of the house was used for the film and the interior must’ve been filmed on a set in another location.

You’ll also find Annie’s love interest Officer Rhode’s adorable little blue house is located just across the street as well so if you’re touring the locations of the film you won't have far to go for these two.