If you’ve ever had the urge to mix the past with the future in movies, Cowboys and Aliens does just that. It feels like a cross between a sci-fi styled James Bond movie and a typical cowboy western.

Making its fame with big names in the main cast such as Daniel Craig and Harrison Ford. If you’ve seen this film you may be surprised that Steven Speilberg is one of the producers 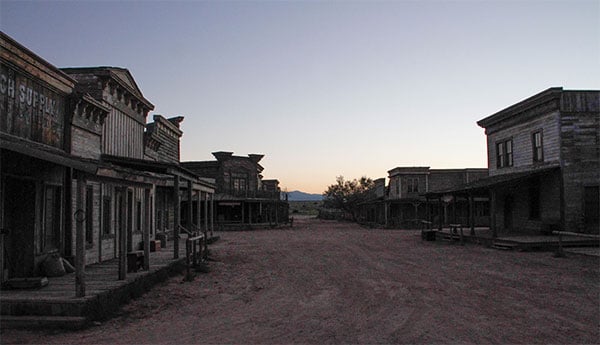 Bonanza Creek Ranch is a working cattle ranch with over 1,000 acres of land. It is the area of which in the film played the town ‘Absolution’. Movies have been filmed at this ranch since 1955.

The first set was built there in 1980 for ‘Legend of the Lone Ranger’. Although the set for this film was torn down after the completion of the film. A more permanent set was built here in 1983 for the film ‘Silverdo’.

The town for Cowboys & Aliens was built on the ranch from a pre-existing set. This ranch has been a popular location on which to build sets for cowboy films, old-style westerns were often filmed here including, The Cowboys with John Wayne.

If you need a break from modern life, you can actually travel to this ranch and take a walk around the town, just 8 miles from Santa Fe. The full town is still standing, so you can take a trip and spend the day feeling like you live in the harshness of the Wild West.

The San Cristobal Ranch played the part of the camp where amnesiac Jake Lonergan runs into his old posse.

It also plays the part of the Apache camp. This location is 20 miles south of Santa Fe. 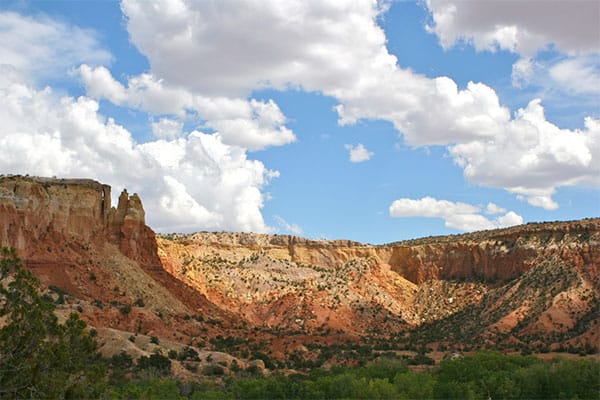 A spookily named ranch that spans 21,000 acres is named Ghost ranch due to the many tales of ghosts and hangings in its vast history. The red sandstone cliffs seen north of Abiquiu in the film, are within the span of this ranch.

Many films have used Ghost Ranch for its outstandingly beautiful scenery, including ‘Indiana Jones and the Crystal Skull and The Missing, as well as many many more.

Not far west of Abiquiu is Abiquiu Reservoir, which was created by the damming of the Chama River. It is on the western shore here, where the reservoir and the river merge, that the alien craft splashes into the waters in Cowboys & Aliens.

Nearby are some amazing places to stay such as the Chama River Lodge, and near that are some lovely eateries and events, you can even go on day adventures on the Chama River if you are feeling adventurous.

The Chama River flows through New Mexico and Colorado with a length of 130 miles from source to the mouth, so there’s plenty of opportunities for more nature excursions on this river. 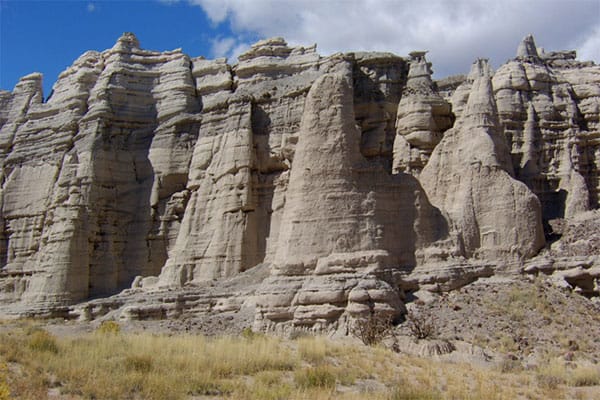 On the Rio Grande, Old Buckman Road, is the path, alongside the vicious vertical sided canyon, is the spot on which the alien creature from the film is tracked.

If you’re in the area and feel like taking in some awe-inspiring scenery, take a drive down to Diablo Canyon, drive slowly and carefully, and take in the beauty of the area.

It can also give you a sneaky look into the geological history of the area and can be a fantastic place for photo opportunities and even rock-climbing if you’re experienced.

In the vast hills of the Rio Chama Valley, posed amongst the dazzling and show stopping white sandstone towers and dangerous cliffs, is the site where the aliens set up their gold mining operations.

Should you wish to travel to this area and venture the scenery, feeling like a hardy cowboy, like Daniel Craig and Harrison Ford, travel equipped with sturdy footwear, plenty of hydration, and be wary of the hot and bright glare of the sun.

Universal Studios, in California, is home to many different films. With 30 sound stages on a lot made up of over 400 acres.

One of Universals many sound stages was used as sets that played the interior shots in the film, though there were not many and most of the film was shot in New Mexico.