Written by Eleanor Bergstein and directed by Emile Ardolino, Dirty Dancing is an iconic 1978 film starring the naïve yet strong female lead, Jennifer Grey, as Frances “Baby” Houseman and her co-star, Patrick Swayze, as a working-class dance instructor, Johnny Castle. The unlikely pair perform the mambo together in the final dance of the resort’s end-of-season talent show, wowing the audience and Baby’s family alike.

The infamous lift performed by Grey and Swayze is a masterpiece that’s been recreated at weddings, in Tik Tok challenges, and in bodies of water around the globe. If you could use a laugh, just type “dirty dancing lift fails” into YouTube and you can amuse yourself for hours watching clips of people attempting the lift from the film’s final scene, only to come crashing back down to reality. Literally.

Some people even go so far as to travel to the location where filming took place so they can re-enact the lift in the very lake where Baby and Johnny practice themselves. But where is the lake, and where is the rest of Dirty Dancing filmed? This article will tell you where some of the most recognizable scenes were shot.

“That was the summer of 1963—when everybody called me Baby, and it didn’t occur to me to mind. That was before President Kennedy was shot, before the Beatles came, when I couldn’t wait to join the Peace Corps, and I thought I’d never find a guy as great as my dad. That was the summer we went to Kellerman’s.” - Baby 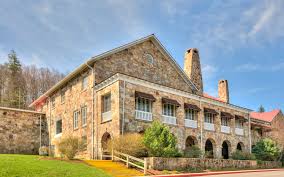 Mountain Lake Lodge is the name of the real resort where the majority of Dirty Dancing was shot. It’s based in Southwest Virginia which is much further south than New York’s Catskill Mountains where the film was set.

Filming commenced in 1986 and went on for a few weeks, as most of the outdoor scenes were shot at the hotel with its stunning architecture on full display. The hotel exterior wasn’t changed for the film and looks no different today than it did back then.

Some scenes were filmed inside the hotel too, although this was mainly only in the kitchen and restaurant. The very table the Houseman family dined at is even available for guests of the hotel to sit at.

If you are hoping to visit the place where Baby and Johnny fell in love, helpful staff have marked out some of the significant locations so guests can pose for a picture-perfect photo of their favorite recreated scenes.

“The best place to practice lifts is in the water” - Johnny 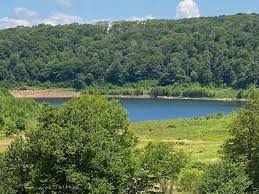 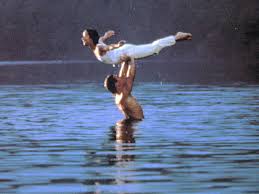 While the actual lift scene in the lake was filmed in Mountain Lodge in Giles County, the majority of the footage that makes up the surrounding scenes was shot in Lake Lure in Rutherford County, North Carolina.

They begin practicing in a nearby field, for example, which was filmed in the latter location, as was the scene with the log where Johnny pulls Baby to dance with him to help improve her balance in preparation for the lift.

After a few failed attempts, Johnny pronounces the above quote and they move to the lake, which is actually the lake situated in the grounds of Mountain Lodge. This is where they finally start to make progress with the lift.

Fun Fact: The lake actually refilled in July 2020 after being dry for over 10 years! The water had been noticeably decreasing since 1999 although 2003 saw a rise in the water level. From 2006-2008 however, the water again began to disappear and was dry before the year was out. The changing water level is due to the lake’s incredibly unique self-cleaning system which drains it in order to dislodge the sediment that settles on the lake’s floor bed.

“I carried a watermelon” - Baby 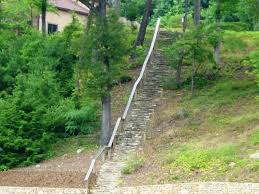 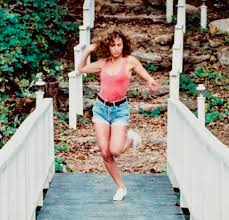 It’s what first leads Baby to discover the underground (or in this case, above ground) dance scene where the entertainers of the hotel spend their free time, getting down with some dance moves that the boss deems too inappropriate for the main floor.

Cut to a montage of Baby practicing her moves as she begins to learn the steps to the mamba, arms held in the air, hips swaying and shaking as she sashays back and forth across the bridge.

Also located at Lake Lure, the stone stairway still stands today but the white bridge is no longer there. It’s now a part of private property so if you want to visit this particular location from the movie, make sure you don’t end up trespassing!

“Nobody puts Baby in the corner” - Baby 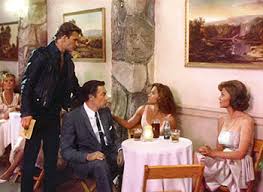 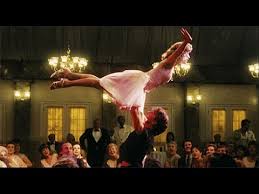 Unfortunately, the summer camp gymnasium where the final dance scene was filmed, based in Lake Lure, burnt to the ground towards the end of the 1980s. Now the floor of Esmerelda Inn’s lobby, the film screen depicts a stage where Johnny takes Baby after saying what has come to be known as one of the film’s most famous lines.

Many of the surrounding buildings that belonged to The Camp Chimney Rock for Boys and Girls were also demolished, which was where they filmed most of the scenes involving the staff quarters and the room in which Baby and Johnny rehearsed.

Like all good things, this is where your Dirty Dancing tour would have to end.

Let us know in the comments if you’ve traveled to any of these iconic locations or if you’re planning to in the future, we’d love to hear from you!