This 1994 comedy movie Dumb and Dumber was written by Bennett Yellin, Bobby, and Peter Farrelly. It was directed by Peter Farrelly and stars Jeff Daniels and Jim Carrey.

This film was a breakout success and launched the career of the Farrelly brothers while concreting Jim Carrey’s success as a comedic actor.

The plot centers around two friends from Rhode Island who embark on a road trip across the country to make it to Aspen in Colorado.

They are making this trip as they found a briefcase filled with money which they believe to have been misplaced. They are attempting to return it to the rightful owner.

These are seen near the beginning of the film and were actually shot in Providence, where the movie is set. The skyline and the Big Blue Bug can be seen in these shots.

The start of their road trip has scenes filmed on location in Cumberland, Rhode Island.

This was set in the Salt Lake City International Airport. It is the location of the iconic Jim Carrey lines, “I hate goodbyes!” and “Goodbye my loooove!”

These lines were filmed in the old TWA area near Door 4. 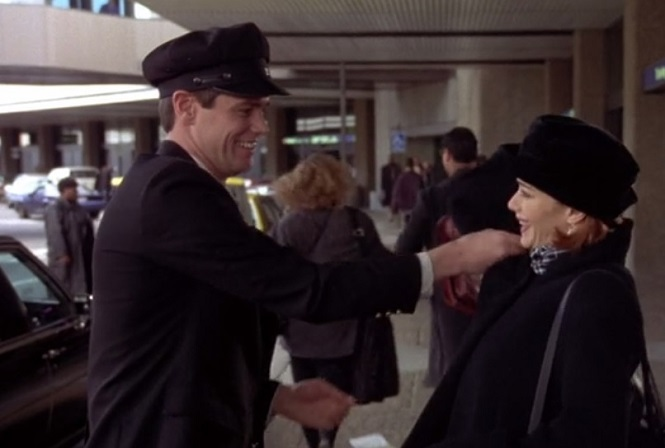 Mary’s home seen at the opening of the movie is known as the Chateau, a guest house near to the front door of LaCaille. 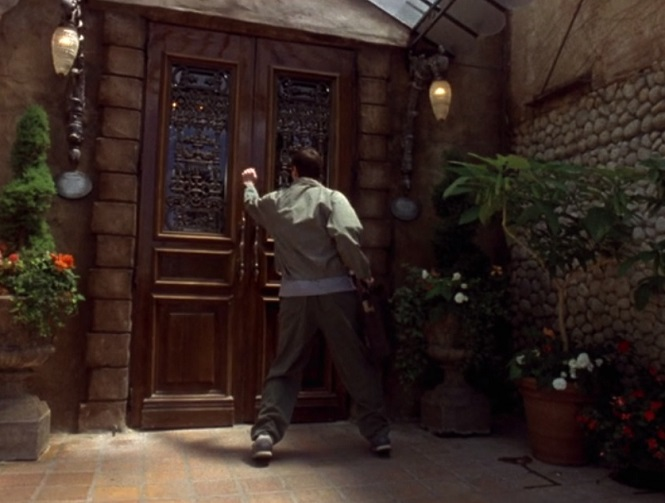 For the backdrop of Lloyd’s daydream about returning Mary’s briefcase to her, the LaCaille restaurant in Sandy is used.

The living room in this fantasy is filmed in LaCaille’s main building, on the second floor. 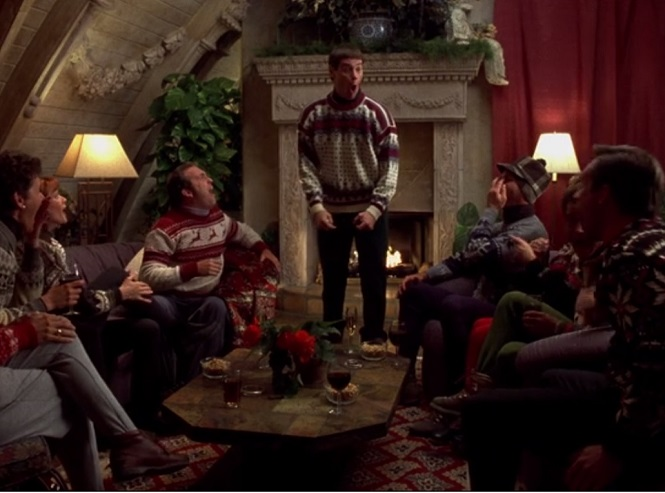 The interior and exterior of the building were filmed in 2 separate locations. For the exterior shots, the Smith Apartment complex was used.

This is located near to 300 East and 200 South in Salt Lake City. The scene where Lloyd is robbed by a little old lady was filmed just a block away. 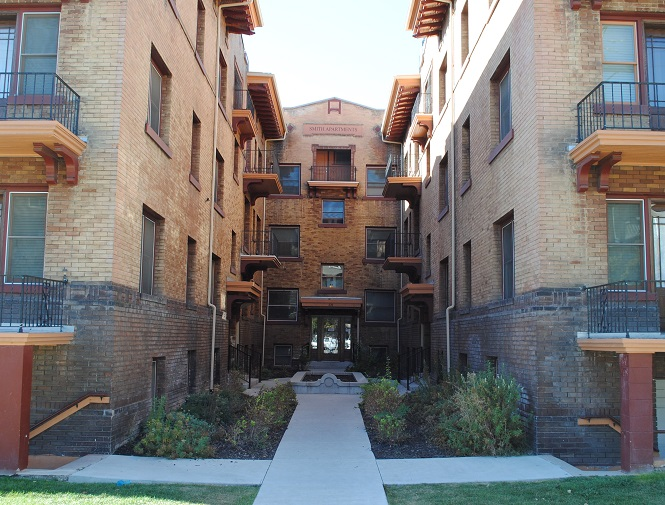 The interior scenes were shot at the Osmond Studios in Orem, which was used as the staging for multiple scenes in the movie.

During their cross-country drive, Lloyd and Harry make a pitstop at a motel known as The Second Time is Best. Here we see them taking a dip in a hot tub shaped like a heart and reminiscing about a woman.

In actuality, this was filmed in the Herber Inn (formerly the M-Star Hotel) in Herber City on Main Street. 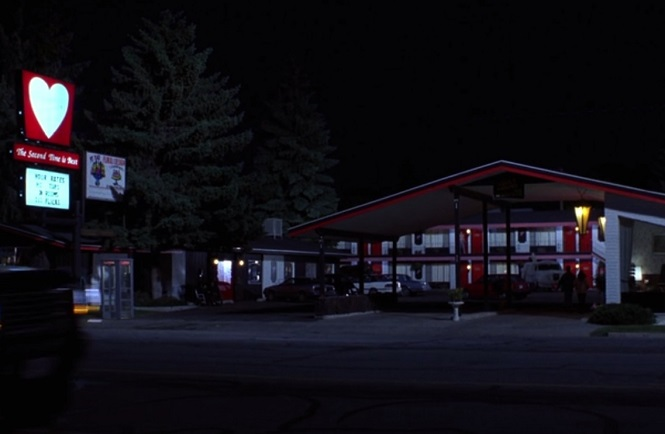 Interestingly, the interior scenes of this motel were filmed in Orem at the Osmond Studios. This has since been remodeled and is now a rehabilitation center called the Cirque Lodge.

This is when Harry and Lloyd initially arrive in Aspen and are frozen together on a bike.

This was filmed in Colorado, at the intersection of Main Street and Ski Hill Road. This is in an area of Colorado called Breckenridge, near Lincoln Avenue. 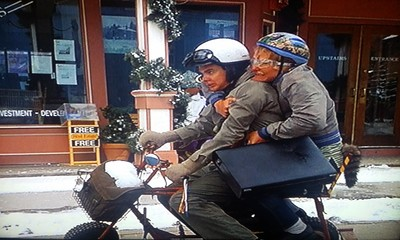 Harry and Lloyd looking for Mary

This is also filmed in Breckenridge and is the part of the movie where they bump into a couple as they are searching for Mary. They complement the male’s ass.

This is filmed in front of a kids store - Annie’s Alpine Kids, on 132 South Main Street. 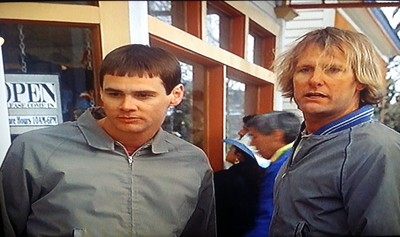 These scenes are filmed at the Stanley Hotel at 333 East Wonderview Avenue, in Estes Park, Colorado.

The bar in the hotel is the backdrop for Lloyd and Mary’s meeting. This hotel also appeared in the TV adaptation of The Shining by Stephen King. 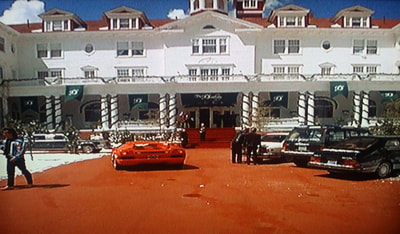 These were not filmed in the same place as the hotel interior.