The 1980s were absolutely ground-breaking for horror films, and they definitely paved the way for the films that have followed.

Namely, From Dusk Till Dawn. This 1996 classic starring George Clooney (pre-grey hair) and Quentin Tarantino (who also wrote the movie) was absolutely ground-breaking and is still a favorite to this day.

This film cemented a lot of the makeup artists who worked on the film a solid place in Hollywood, and Greg Nicotero went on to produce, and even direct, some episodes of The Walking Dead (as well as doing the makeup, of course). 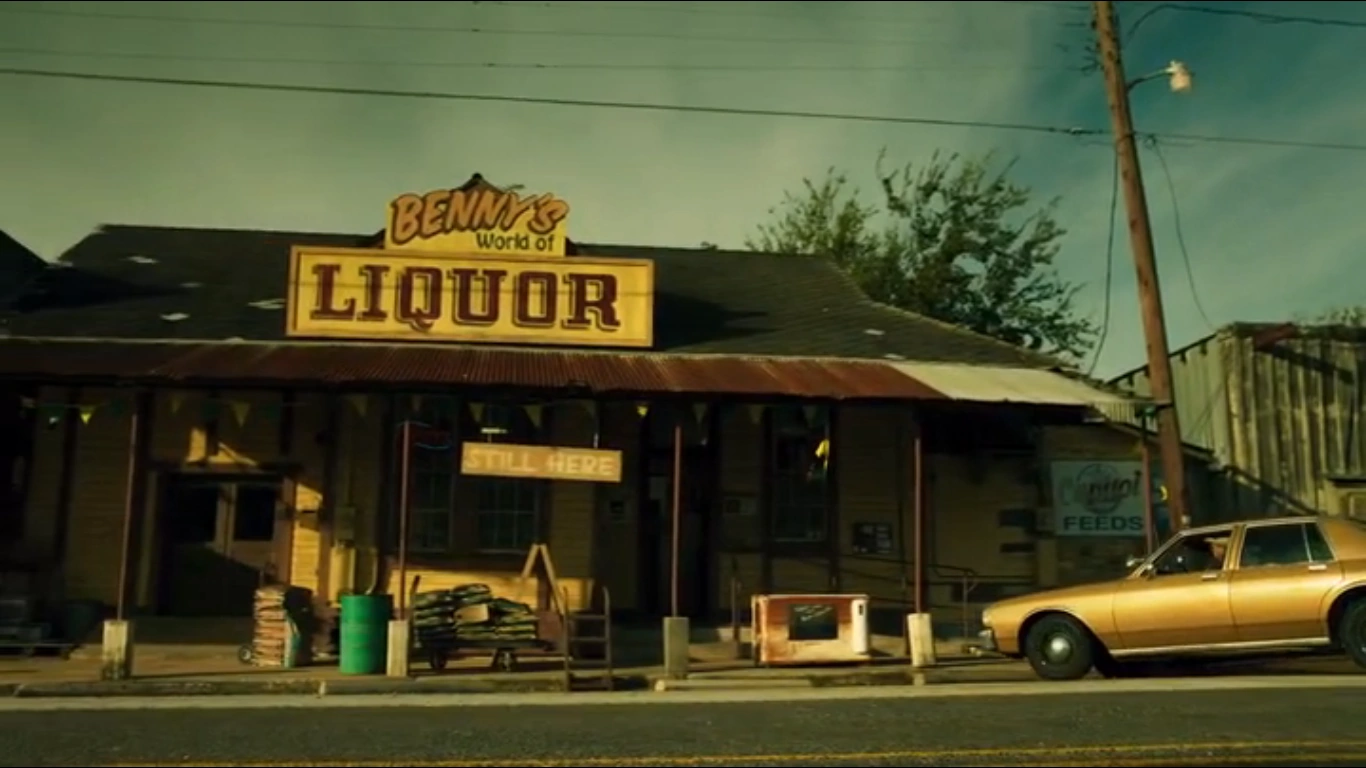 But if you want to visit the places featured in this film, you will definitely struggle. While the film is based in Mexico, all of the filming actually took place in California.

So if you are driving through Mexico, there is very little chance that you will stumble across the Titty Twister bar which is the feeding ground for vampires in the film.

In fact, you wouldn’t even be able to visit this bar if you were driving through California as it was specially constructed for the film then torn down immediately after.

However, one place in the film which you can visit is Benny’s World of Liquor which features in the opening scene. This location has also been used in a variety of other films and TV shows and can be found at 46551 140th Street, E. Lancaster, California, 93535.