Made in 1985, House is an American comedy film that was directed by Chicago-born Steve Miner and produced by Sean S. Cunningham, who both frequently worked together.

Notable stars include Kay Lenz, Richard Moll, and George Wendt. Wondering where it was filmed? Read on to discover! 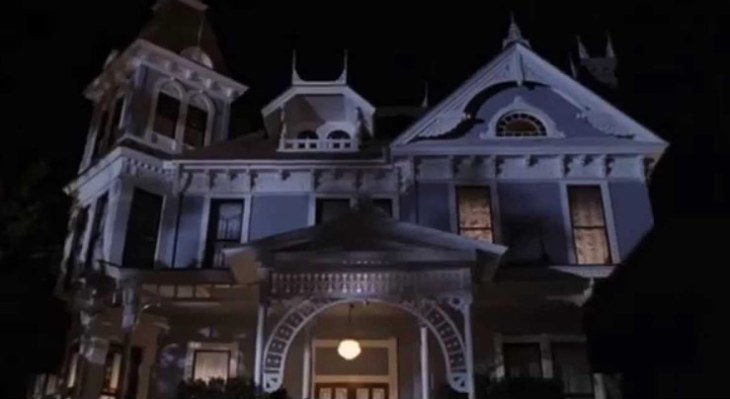 House follows the story of author Roger Cobb (played by actor William Katt) who inherits a creepy house where his aunt previously passed and soon finds himself being haunted by the spirit of his comrade from Vietnam, Big Ben.

In the midst of graphic nightmares and strange phenomena, it’s not all doom and gloom. Roger overcomes the haunting and regains his life as the closing scene shows him reuniting with his wife and son.

House got the green light to begin filming on the day of April 22, 1985. The beginning stages of production consisted of filming the exteriors of the grand estate, which is now known as Mills View.

As of today, this Victorian-style home, which was first built in 1887, is still standing and is open to visitors! If you feel like taking a trip, the infamous house can be located at 329 Melrose Avenue, Monrovia, which is just east of Pasadena.