A Knight’s Tale is a British-American that mixes medieval adventure and comedy, as well as brushing upon many other genres and giving it a modern touch that has made it into a truly timeless piece of cinematography.

It was released in 2001 and was written, produced, and directed by Brian Helgeland, and it stars Heath Ledger as the main character: a peasant named William posing as a knight.

There isn’t much specific information about the actual locations in which a Knight’s Tale was filmed, as it was all completely filmed both on set and on location, in Czechoslovakia, with the whole cast present and shooting simultaneously for a couple of intense months.

The film itself, however, is set around different French cities, with some scenes even supposedly taking place in old London.

The Czech Republic, in Central Europe, is ideal for recreating a medieval environment and makes for a great medieval France and England, all while providing a better climate, so it is no surprise that they chose it as the location for filming.

Despite the lack of much specific information about the locations, we do know about a few of the more iconic scenes, so we’ll try and give you the exact spots for them! That way, if you’re ever in The Czech Republic on a holiday, you can consider touring the different spots for this iconic film!

The beautiful banquet scene, in which William and Jocelyn share a romantic dance, was filmed in a set that was constructed in a deserted sports stadium: the Štvanice Stadium, located in Central Prague. 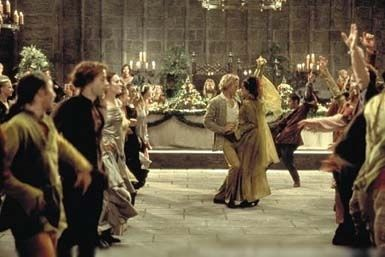 Banquet scene from A Knight’s Tale, constructed in the Štvanice Stadium, located in Central Prague.

The set they constructed in this abandoned stadium was reused and done up so that they could film other scenes of the film. Some of these scenes include the interior of Notre Dame and the Rouen cathedrals.

Sadly, you cannot visit this old stadium where they constructed their sets, because it was demolished in 2011, due to its decline and lack of upkeep. Still, it’s good to know that this film gave it some use before it disappeared forever!

For the outdoor scenes that supposedly featured Notre Dame, they filmed outside the famous St Vitus Cathedral, located within the Prague castle complex. This cathedral is very well-known for its Gothic architecture, so it’s a good substitute for the actual Notre Dame.

However, those that have visited Notre Dame or that have studied it will be able to tell that they are not filming in France at all! (To be fair, the film never claims to be historically accurate.)

As for the scenes that supposedly happen on London Bridge, when William is visiting Old London, they are also not actually filmed where they represent. Instead, these scenes are filmed on the Charles Bridge, which covers the Vltava river and is located in Central Prague.

And to be fair, although it’s no London bridge, it’s absolutely beautiful and really does up the medieval and fantasy vibes.

“London Bridge” is actually the Charles Bridge over the Vltava River, located in Central Prague.

Almost all of the rest of the scenes from the film, especially all of those starring Heath Ledger, were filmed on sets constructed within the Barrandov Studios, located in the cadastral district of Hlubočepy, in central Prague.

These sets were specifically constructed in the backlot, and this is also where many other movies have been filmed, as it is popularly known as European Hollywood. 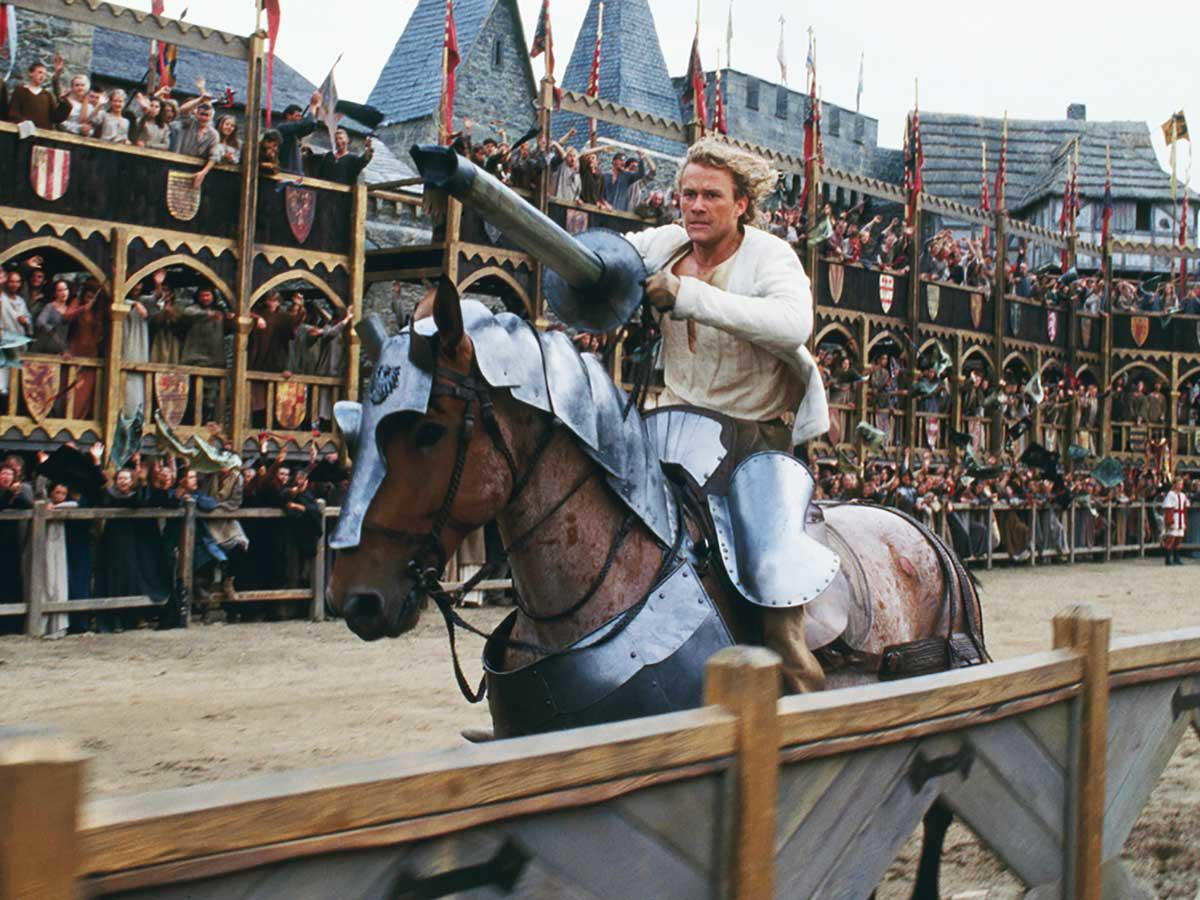 Sets were constructed in the backlot of the Barrandov Studios for the filming of A Knight’s Tale.