Life is Beautiful is a timeless and must-watch film that shows us how indomitable the human spirit can be. It is an Italian comedy-drama, released in 1997.

It was directed by Roberto Benigni, who also stars as the main character: Guido Orefice. Despite being a comedy-drama, as this is set during the Holocaust, it just might bring you to tears now and then (you’ve been warned.)

The town in which the film takes place is the town of Arezzo, which is located in the southeast of Florence, in Tuscany.

If you’re ever visiting this area of Italy, whether it be because of its beautiful destinations, or because you’re a fan of the film, you’re in luck: the town has many helpful information boards that point out the different locations used for filming during the film so that you can tour the town and recognize where different scenes took place. 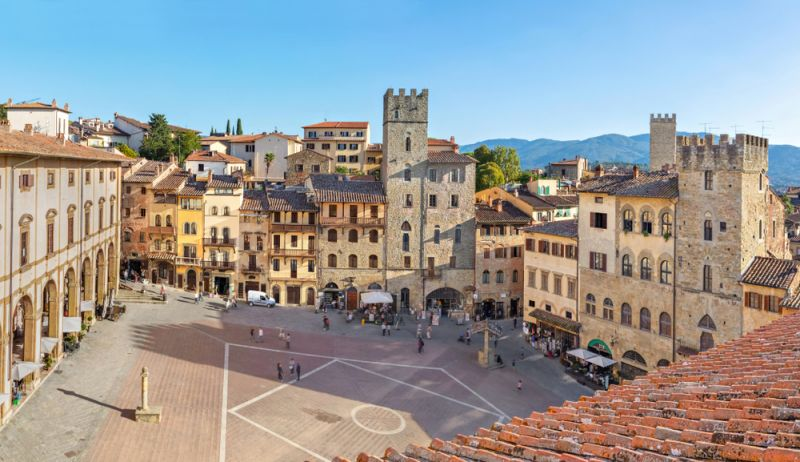 The town of “Arezzo”, where most of the scenes from Life is Beautiful are filmed. (Located in Italy)

As for some specific locations of interest where filming took place, one of the most iconic scenes of the film features the Opera House, where Guido is with his Principessa.

This Opera house was filmed at the Teatro Signorelli, at Piazza Signorelli which is located in Cortona, around 15 miles south of the town of Arezzo. 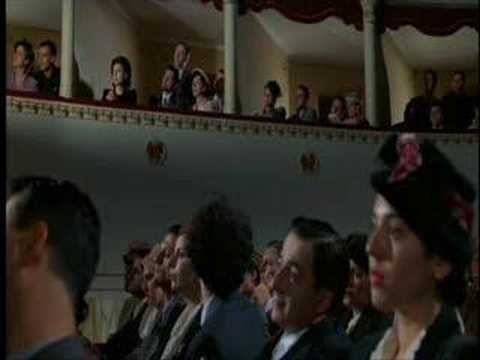 Opera House Scene from Life is Beautiful, filmed at the Teatro Signorelli, in Cortona

For the darker and sadder scenes of the film, which feature Guido and his son being transported to Germany, to the concentration camp, the location changes.

These are filmed on a set that was constructed to look like a concentration camp, and it was located on the remains of an abandoned chemical factory, near the Marmore falls which are situated in Terni.

This set has since been turned into a proper film studio, known as the Papigno Film Studio, and it is where other films, such as the live-action of Pinocchio, have been shot. 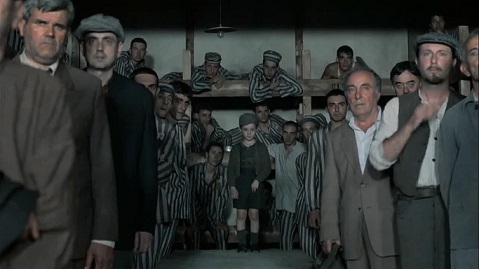 The Concentration Camp from Life is Beautiful, filmed on a set that was constructed on the remains of an abandoned chemical factory, located in Terni

All of the filming locations for Life is Beautiful can be visited, and the town of Arezzo proudly showcases the different filming sets, as it is a great tourist attraction for many.

The town of Arezzo has barely changed since the film was made, so you’ll be able to walk around its streets and feel as though you’re inside the film!