Skip to content
For ABBA fans across the globe, Mamma Mia is one of the best films. After all, you cannot go wrong with a bit of Gimme! Gimmie! Gimmie! And Voulez-Vous!

For all you Donna and the Dynamos fans out there, you may be wondering where Mamma Mia was filmed. Well, it was filmed on three different Super Trouper islands in Greece - Skopelos, Skiathos, and Damouchari.

If you want to see the views of Kalokairi, the fictional island Mamma Mia is based on, you will need to pack your suitcase and hop on a plane to sunny Greece. You will not be the first person to do so. After the film was released in 2008, tourism on these three islands has increased tenfold.

The famous shots of Kalokairi were taken in Skopelos. The beaches and the outdoor shots of the island were mainly filmed in Skopelos. Just like in the film, you cannot fly directly to the island. You will need to fly to the neighboring island called Skiathos and take the ferry to Skopelos from there. This certainly adds to the experience! 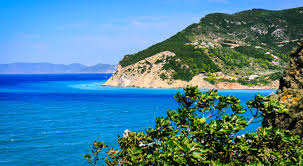 With its clear seas, white sand and breathtaking views, it is certainly worth visiting. If you are looking for the main beach the film was filmed on, this is the Kastani beach. The beach was used for two iconic songs, Does Your Mother Know and Lay Your Love On Me. 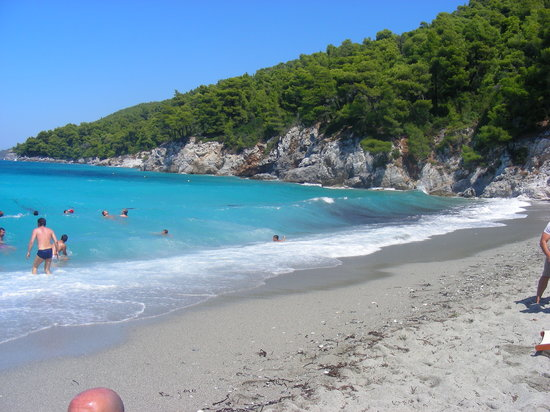 Unfortunately, the scenes from Villa Donna were not recorded in Greece. These scenes took place in the UK at Pinewood Studios. Given this, they cannot be visited. However, the background behind Villa Donna is a view from the east coast of Skopelos. The area is called Glysteri. The rocks at Glysteri are used when Sophie and her three fathers jump off it. 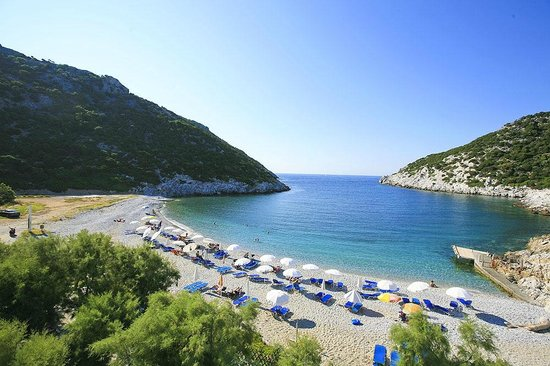 You can visit the church where Sophie gets married, but it does look different in reality in comparison to the film. However, the 202 steps leading up to the Agios Ioannis chapel are the same. The church is located at the top of the rock that is 100 meters high. It is near the town of Glossa, which is in the North of Skopelos. 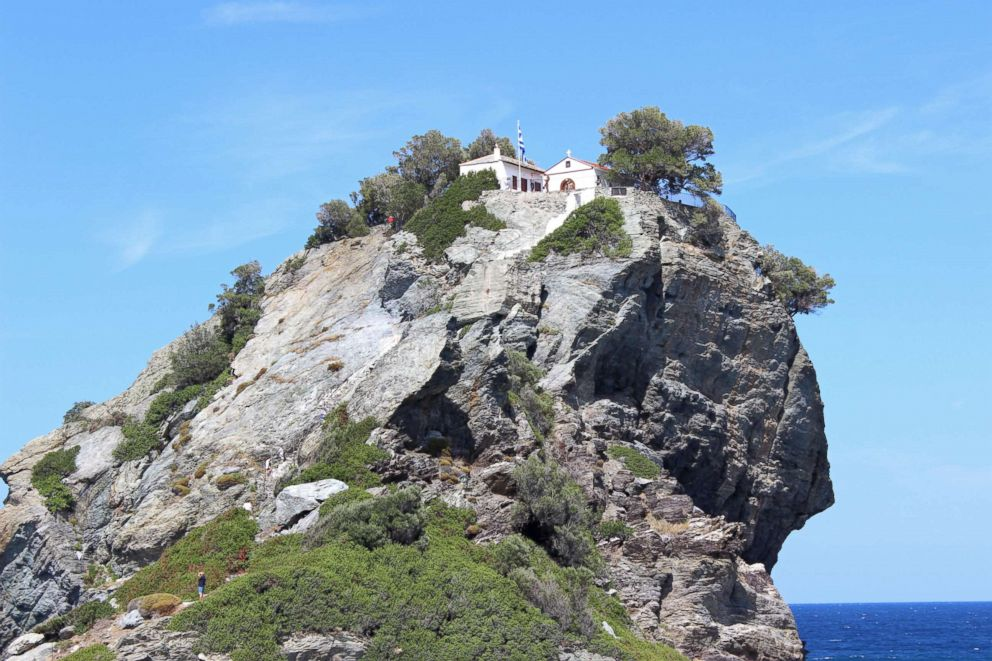 The church can be seen at the summit, but as it is very small, it was not used to film the wedding scene. You can walk along the infamous path that Donna takes as she sings The Winner Takes It All, however. 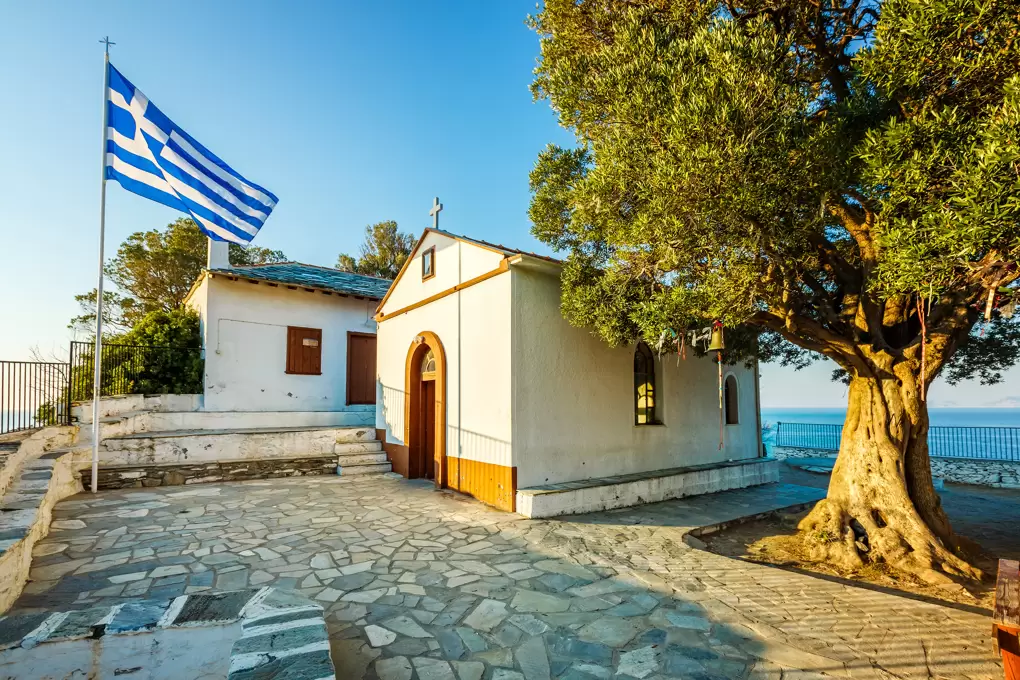 On the southern coast of Skopelos, Amarentos is home to another famous Mamma Mia filming location. The two trees that are on the rocks that jut out into the sea is where the diary scene takes place. Sophie sings the song Honey Honey here. 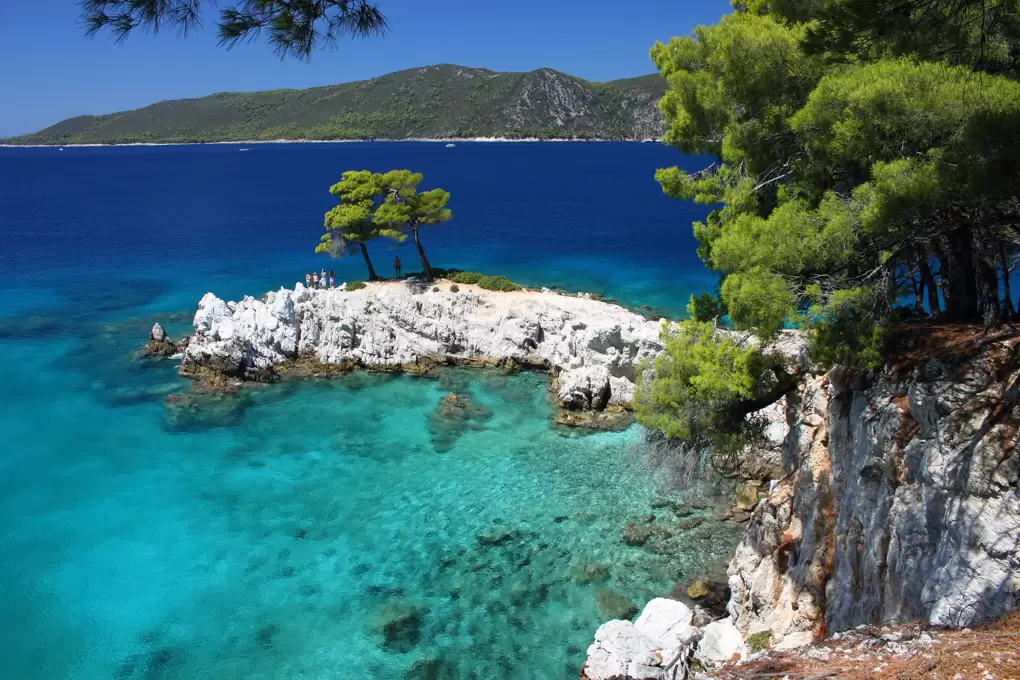 Skiathos was also used for some of the Mamma Mia scenes. A few of the beaches were used and the place where the three fathers initially met was filmed at the Old Port. 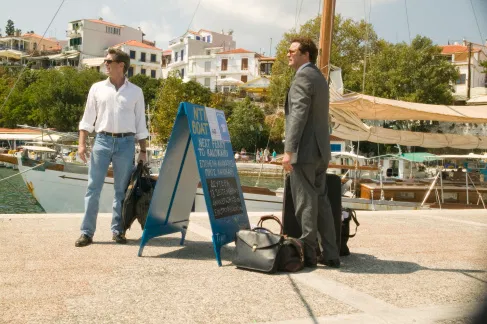 Some of the shots used in the opening scene when Sophie sings I Have A Dream were also taken in Skiathos.

The final place you can visit to see some of the famous filming locations from Mamma Mia is Damouchari. This is another Greek island and was mainly used at the beginning of the film. You will recognize the locations where Donna meets her two closest friends Tanya and Rosie. 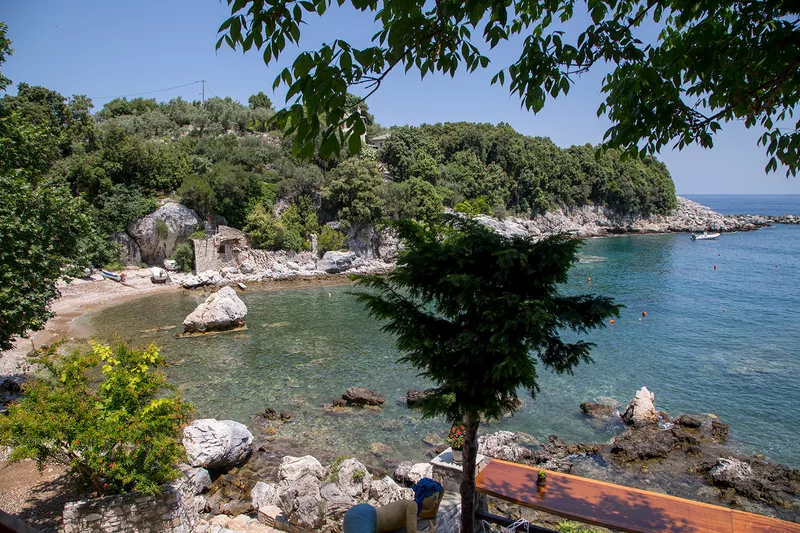 Although Skopelos is used for many of the outdoor shooting locations, some of the beach scenes in Mamma Mia were filmed on the luscious Blue Beach, located in Damouchari. The scene where the dancers are dancing through the olive groves is also filmed on the island of Damouchari, in the Mouresi area.

While you may not be able to visit the fictional Greek island of Kalokairi, the three islands it was based around are beautiful. There are many different filming locations you can visit on Skopelos, Skiathos, and Damouchari.

Given that you need to take a ferry to the island of Skopelos, you will feel like you are about to attend Sophie’s wedding as you approach the island in all of its beauty.

While you may not be able to visit Villa Donna, there are many other filming locations to explore. These three islands are full of beauty, Greek culture, and delicious food. You can be your own Dancing Queen on the shores of Greece!