The Man Without a Face stars Mel Gibson as character Justin McLeod, who is a former teacher that was severely disfigured from a car accident.

The house that a lot of filming took place in throughout the movie is a privately owned house on Deer Isle in Penobscot Bay.

The house is only accessible via a suspension bridge, and it is perched above the rocky coastline in Maine. This house is very famous for a multitude of reasons, and it was built in 1896 for landscape architect Frederick Law Olmsted.

The house was also featured in the 2003 movie called Finding Home. Below, you can see what the interior of the house looked like for the film. 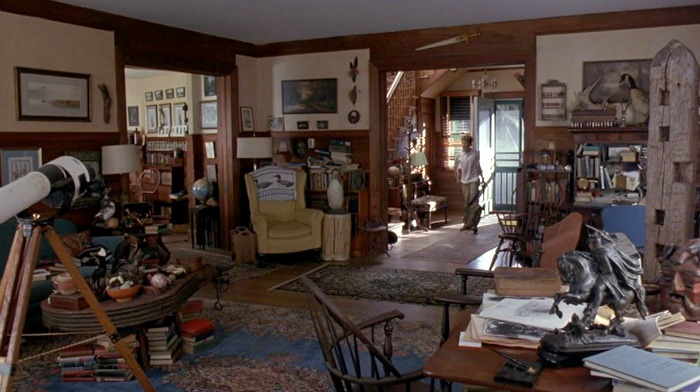 The majority of the filming of this movie took place in different parts of Maine, and interestingly, Mel Gibson’s character in the movie even shops at what we know as Lincolnville General Store, Rockport, Maine.

What we see in the movie as Holyfield Academy is actually Bowdoin College, Brunswick, Maine.

Some, though not much, of the filming also took place in various parts of Canada, like in Chester Bay and Nova Scotia, but Maine was the central location of the film.

Other locations in Maine that were used for filming are Portland, Pownal, and Bradbury Mountain.