Skip to content
Pretty in Pink is one of those old feel-good movies that you can re-watch whenever you need a boost.

It’s an American teen romantic comedy, all about young love and high school social cliques, that has become a cult classic. It was released in 1986, directed by Howard Deutch and starring actors such as Molly Ringwald, and Harry Dean Stanton.

The film is also known for its amazing and iconic soundtrack, and the title of the film itself, “Pretty in Pink” comes from the title of a song by the Psychedelic Furs, which it is named after.

For those that would like to tour the different locations used for filming, immersing themselves in the story, Pretty in Pink was completely filmed within different areas of Los Angeles, in California.

So, that’s the place to go if you want to see the different places that are featured in the film! Although, of course, as quite a few years have gone by since the film was released, it is quite likely that many areas will look quite different, as time can make some pretty big changes within cities!

Let’s break down some of the iconic places, and where exactly they are located:

The record store, “Trax”, where Blaine’s character meets Andie (and they then end up dating each other), can be found in Santa Monica, located at the Third Street Promenade 1460. Sadly, you can no longer visit this store and buy a fancy old record, because it is now known as the Broadway Bar and grill. (You can still go in for some lunch to make up for it though!) 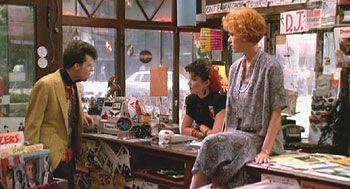 The record store from “Pretty in Pink”, located at 1460 Third Street Promenade, in Santa Monica.

As for Meadowbrook High School, where Andie’s character attends school, it was filmed in two different locations. The exterior is filmed at John Marshall High School, located at 3939 Tracy Street, in Silverlake. (And fun fact, this is also seen in the original Buffy the Vampire Slayer film!

So you might recognize it from that too.) The interior of the school, however, was actually filmed at Burroughs Junior High, located at 600 South McCadden Place, in Hancock Park. 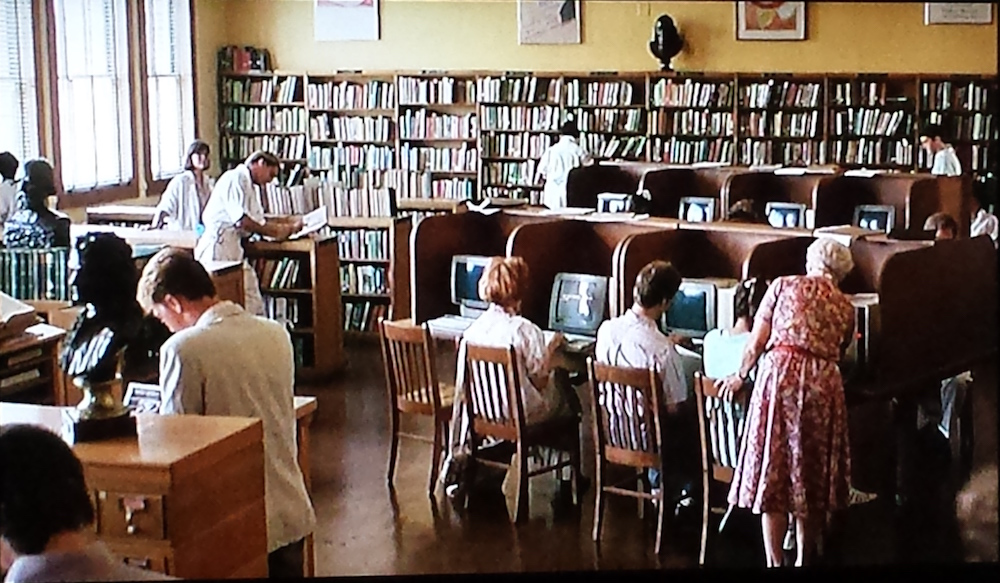 Inside the school in “Pretty in Pink”, filmed at Burroughs Junior High on 600 South McCaden Place, Hancock Park.

Not far from Burroughs Junior High, you can find the mansion of Steff’s character, where Andie has a terrible time at the rich kid’s party (no wonder!)If you want to go and take a peek, it’s located at 366 South June Street, also in Hancock Park.

As for Andie’s house, it is located a bit further off. Her home had to showcase her being from the wrong side of the tracks, and the house they picked for her character and her unemployed dad is located at 1010 Hope Street, at Magnolia Lane in South Pasadena. 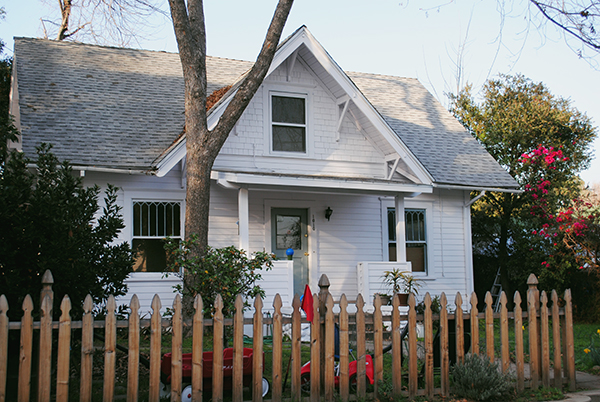 The iconic prom scene, in which Duckie’s character turns up for Andie (even though Andie ends up with Blaine), takes place in the Crystal Ballroom of the Millennium Biltmore Hotel.

You can visit it to take a stroll down memory lane, pretending you yourself are at Andie’s prom! It is located at 506 South Grand Avenue, in downtown Los Angeles. 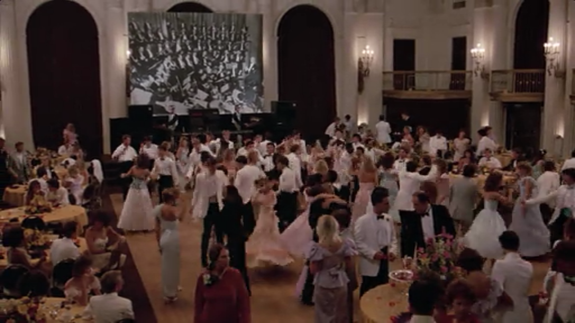 Prom scene from “Pretty in Pink”, filmed at the Crystal Ballroom of the Millennium Biltmore Hotel, in downtown Los Angeles.

With the locations for those few iconic scenes from the film, you can tour Los Angeles and the different areas Pretty in Pink took place, for an immersive experience.

Although the houses themselves will likely look different, you can visit the High School where filming took place, as well as visiting the hotel where the prom scene was filmed!