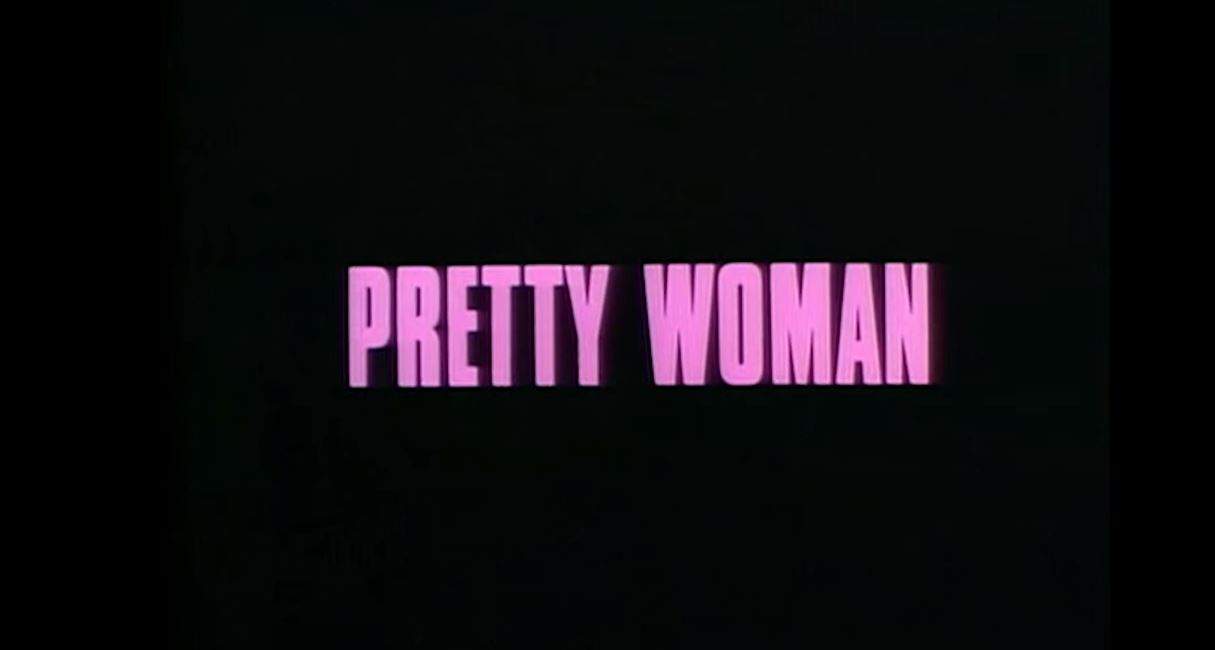 Inspired by Verdi’s opera La Traviata, Garry Marshall’s rom-com about a hardy sex worker desperate for her own happy ending has been a popular choice at girl’s nights and sleepovers since it was released in 1990.

With a whopping $14 million dollar budget, the producers were able to take their pick of any location they wanted, and the movie was primarily shot in the heart of Los Angeles, California, which also happens to be the film’s setting.

If you’re planning your own road trip to check out the scenes and sights from Julia Roberts’ best loved movie (in our opinion) then don’t worry – we’ve got all the stops you’d need to make right here, with pictures for reference.

From the stars of Hollywood Boulevard to the grand Regent Beverly Wilshire (or was it…?) let’s take a trip down memory lane and explore one of the greatest movies of all time (if you’re asking us, anyway).

Running away via the fire escape to avoid paying rent money she doesn’t have, Pretty Woman opens on the iconic Las Palmas Hotel, aka the dilapidated looking apartment building she just about manages to survive in.

Right around the corner is the bungalow where Edward is seeking directions to Beverly Hills, only to be informed by a homeless man that he’s already here, proffering the iconic line “That’s Sylvester Stallone’s house!” Lit up by the gloriously tacky neon of souvenir shops, Edward and Vivian first meet on Hollywood Boulevard, which is the spot she works her trade with room mate and best friend, Kit, between the stars of Fred Astaire and Bob Hope, specifically.

Of course, it’s still a popular tourist destination in the present. Nowadays, you’ll find the Insta-worthy fried chicken restaurant Hot Mother Clucker around here, which in the movie is seen as George’s Cafe, offering out their famous DoubleBurger! 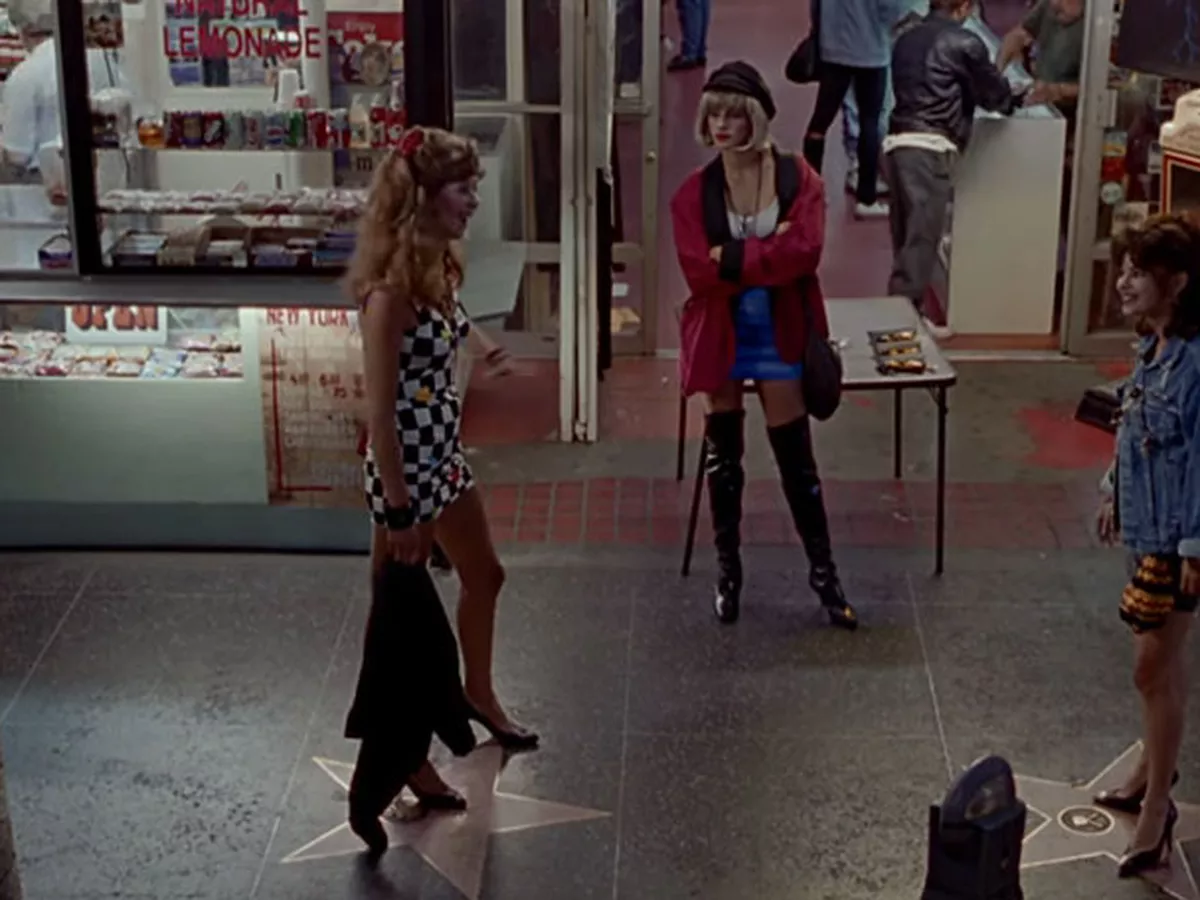 Although for exterior shots, the Beverly Wilshire appears to be the genuine setting for Edward and Vivian’s luxury penthouse adventure, the majority of the hotel scenes were actually filmed on a soundstage created specifically for the movie.

Interiors, however, were filmed via an LA landmark, the Ambassador Hotel. Previously playing host to several Academy Awards ceremonies, it had been shut down in 1989, providing an ideal setting for such iconic purple-hued scenes. 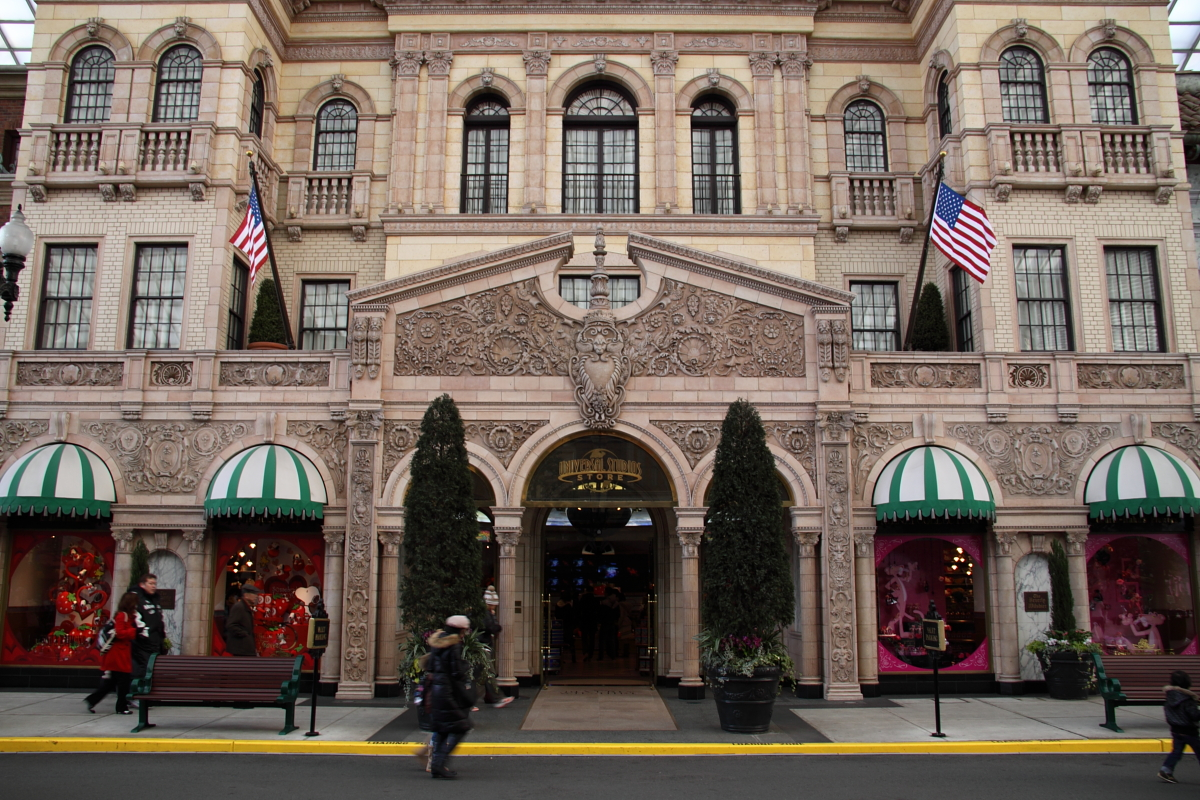 Usually heaving with socialites from dawn to dusk, Rodeo Drive is so busy that they had to shoot all of the shopping scenes on Sunday. The infamous Boulmiche, where shop assistants rudely snubbed Vivian on her hunt for a gown is actually a real store.

Though originally found on the intersection of Rodeo Drive and Santa Monica Boulevard (an excellent long-view for filming Vivian’s walk to the store), Boulmiche remains in business as Badgley Mischka, but can today be found on Beverly Drive. 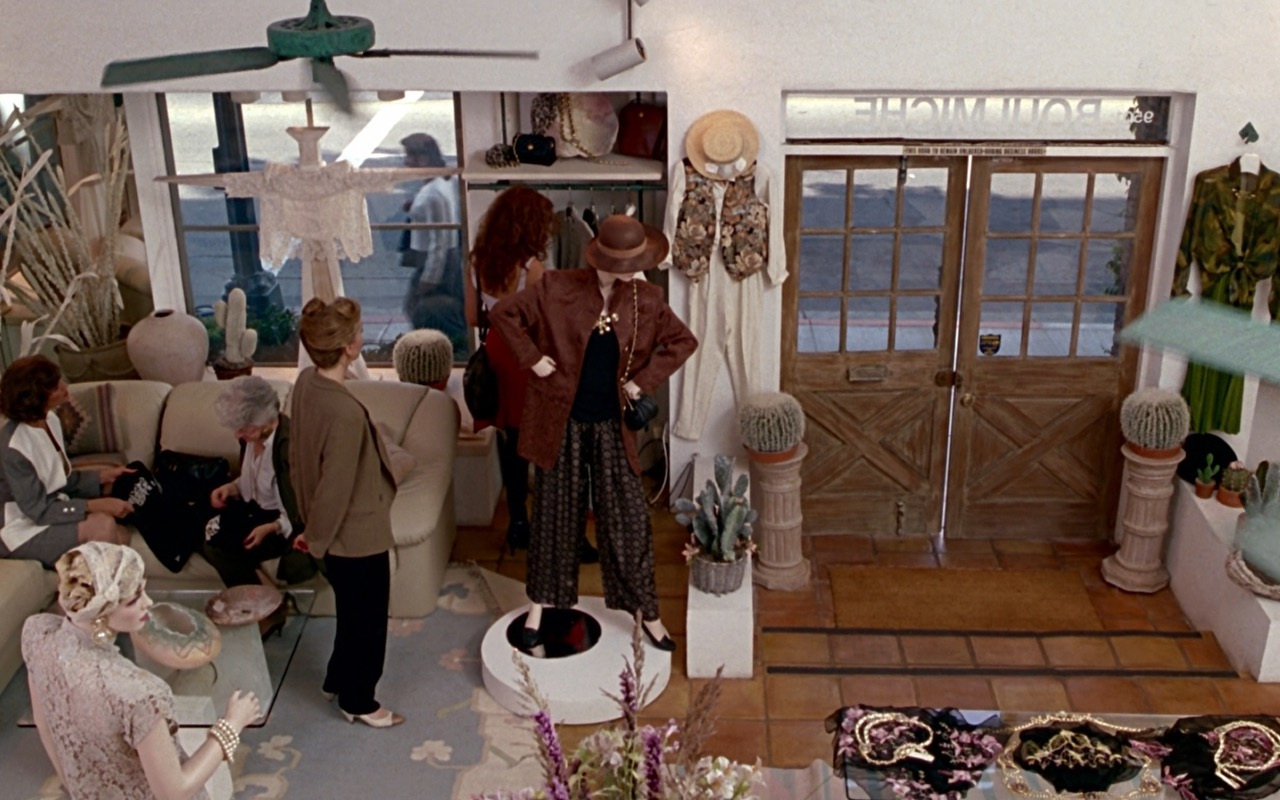 On Edward’s day off, Vivian takes him on a personal tour of LA, which finishes up right here at Barb’s (Formerly Lou’s) Quickie Grill, found on the corner of Orange Drive, which was supposed to evoke the loneliness of Ed Hopper’s Nighthawks.

The eponymous Barb passed away in 2008, having inherited the restaurant from former owners and founders Lou and Anita Shulkin, and the restaurant has subsequently closed. Now Nate ‘n Al’s, it’s a delightfully modern deli. 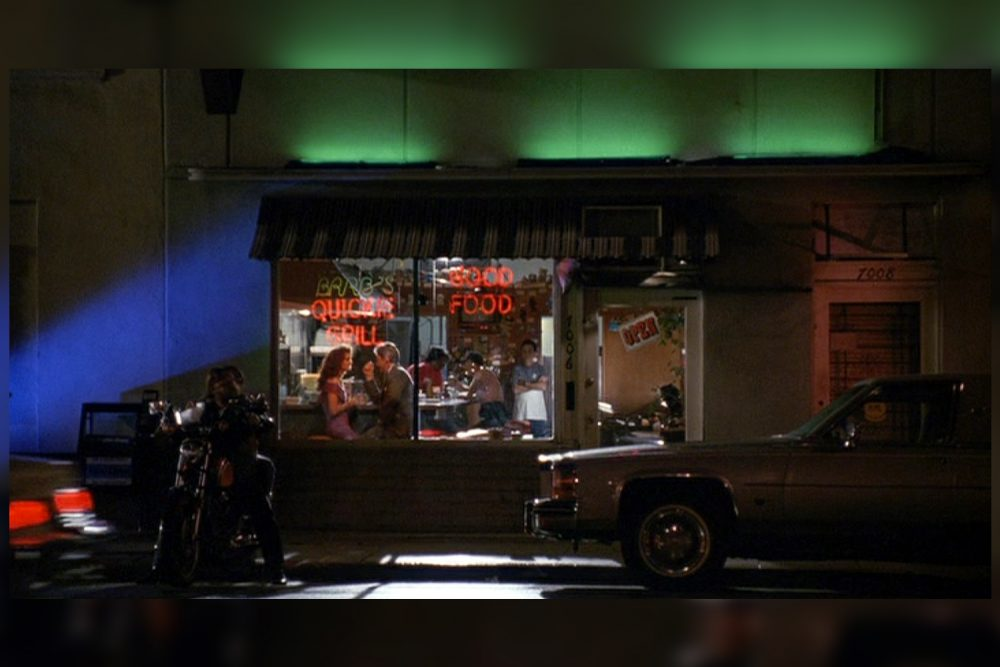 In an iconic scene where Vivian grapples with escargot (or snails, for those not educated in French cuisine) for the first time ever, she and Edward dine out at the Oviatt Building, a restaurant known in the movie as The Voltaire.

These days, it’s known as Cicada, promising to deliver high-quality and authentic Italian meals, though if you want to eat there, you’d best join the waiting list ASAP, as it’s a popular hotspot for fans and celebrity spotters alike. 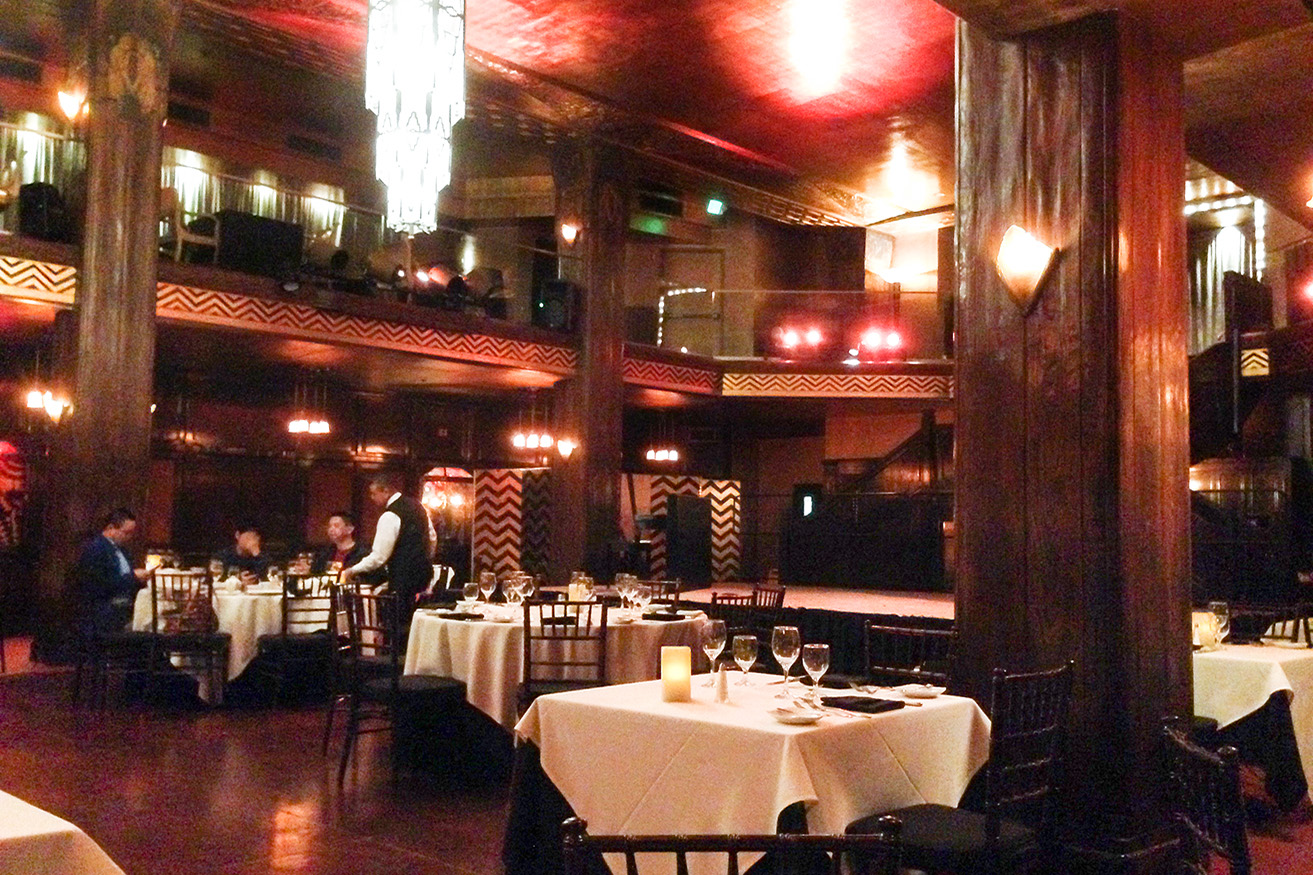 Although originally due to be filmed at San Francisco’s War Memorial Opera House, unfortunately, a 1989 earthquake (Loma Prieta) had caused significant damage to their beautiful location, so the producers were forced back to the drawing board.

As none of LA’s theaters fit the grand vibes of the opera house that director Garry Marshall was looking for, filming eventually took place at the Carnegie Museum of Natural History, where a balcony was built against a soundstage.

For one very specific shot, wherein Vivian and Edward take a stroll through the glorious pillared opera house lobby, the setting was in fact the Natural History Museum, with a huge fossilized dinosaur just about hidden from view. 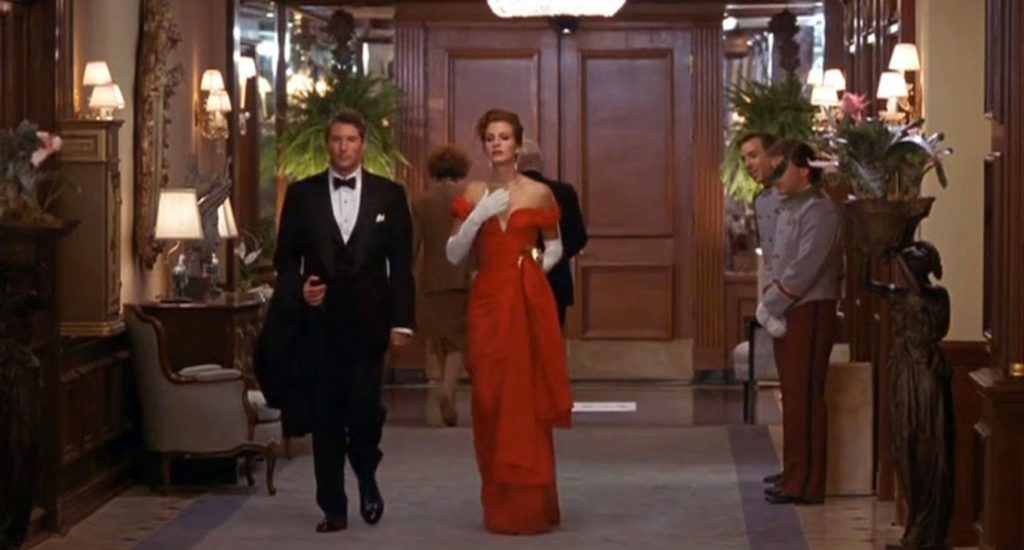 Sporting an incredibly cute polka dot number, Vivan accompanies Edward to a polo match, which unsurprisingly takes place at the LA Equestrian Center, given its useful proximity to the other locations where filming took place.

Following this, they also head out on a horseback ride in Burbank to watch a beautiful sunset.  It’s available to book for an event, and you can even board your own horse there if you’re looking for an equine babysitter! 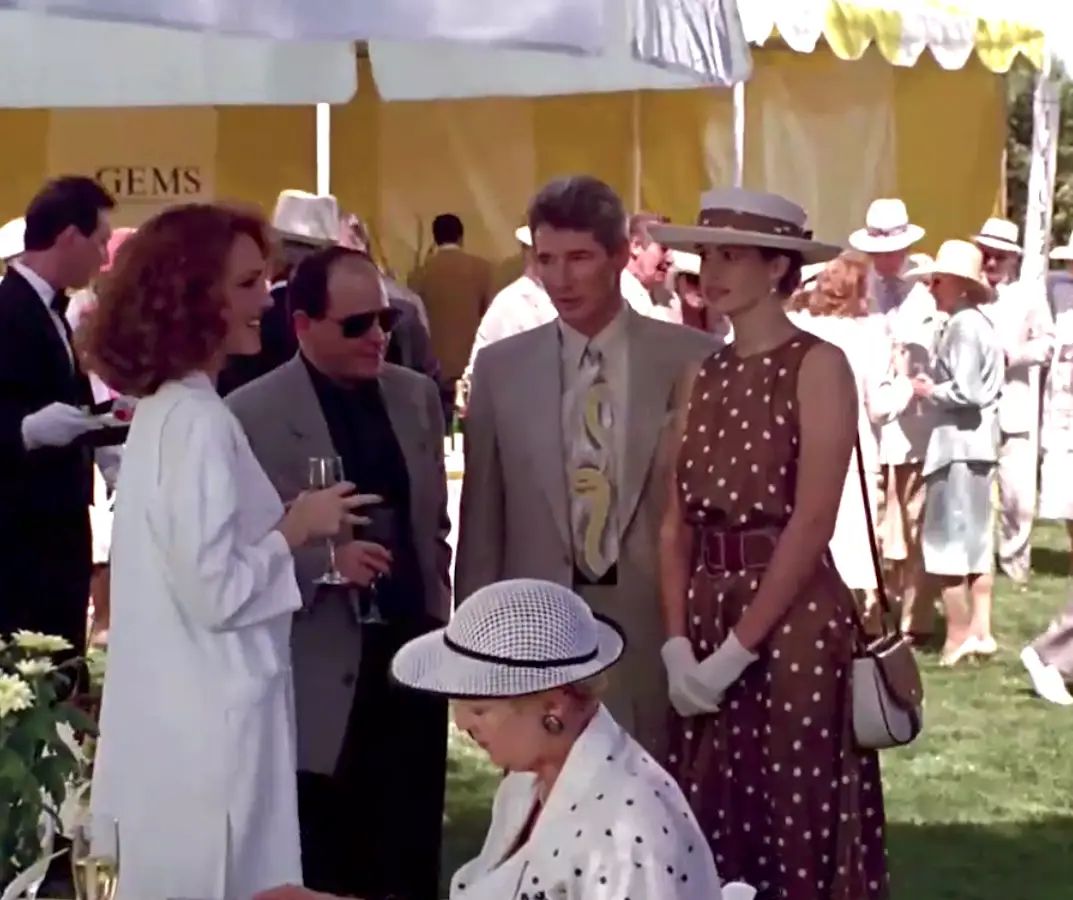