River Wild is a fast-paced thriller, loved by many, that was released in 1994 and directed by Curtis Hanson. It starred some iconic actors, such as Meryl Streep, Kevin Bacon, David Strathairn, John C Reilly, and Benjamin Bratt.

As this movie is about a rafting holiday gone horribly wrong, it takes place almost entirely on a river. But which river was it filmed in?

The opening sequence of the movie shows us Meryl Streep training, and it is filmed on the Charles River, in Cambridge, Massachusetts. The only calm river of the entire movie, as the plot soon switches to a dangerous wilderness. 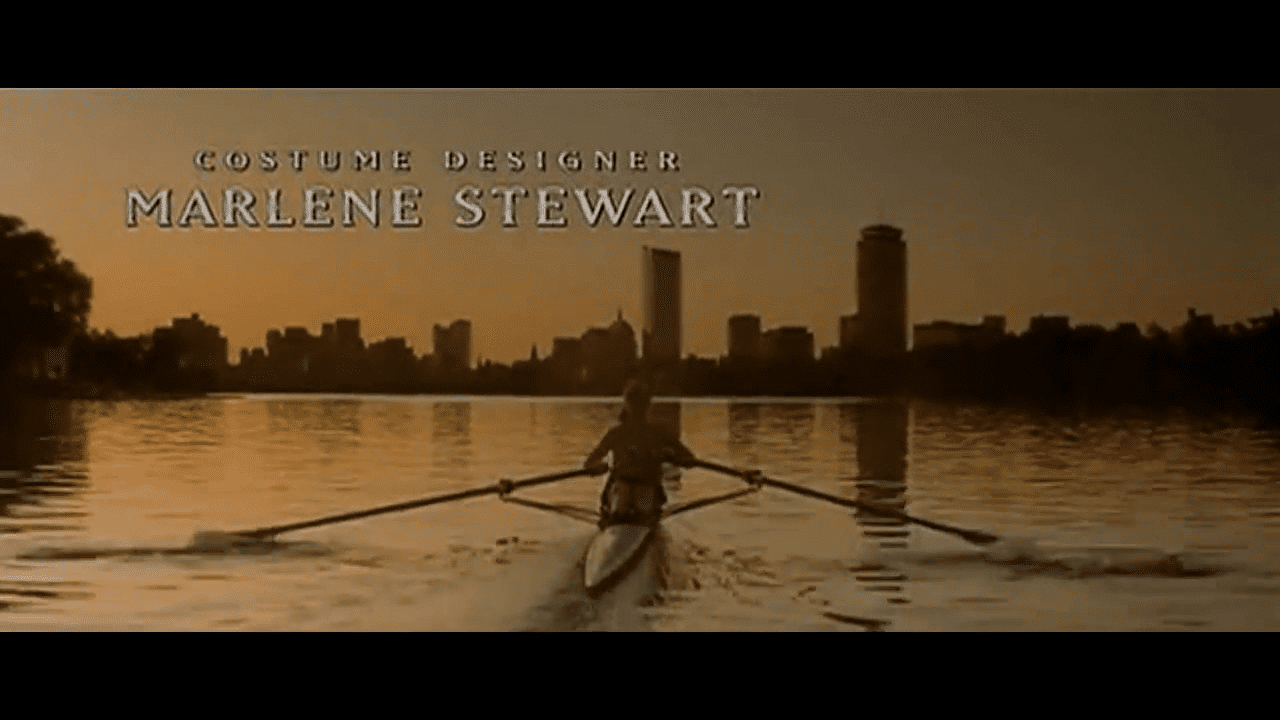 Meryl Streep on the Charles River.

Most of the movie, as it takes place on a river, was filmed on the Kootenai River, in Montana. This was quite significant at the time, as it was the first time in which filming was permitted on ground sacred to the Kootenai Indians.

The condition for this to happen was that the actual location, which was near Libby, in the far Northwest of the state, would not be revealed to the public so that it would remain safe and unknown. 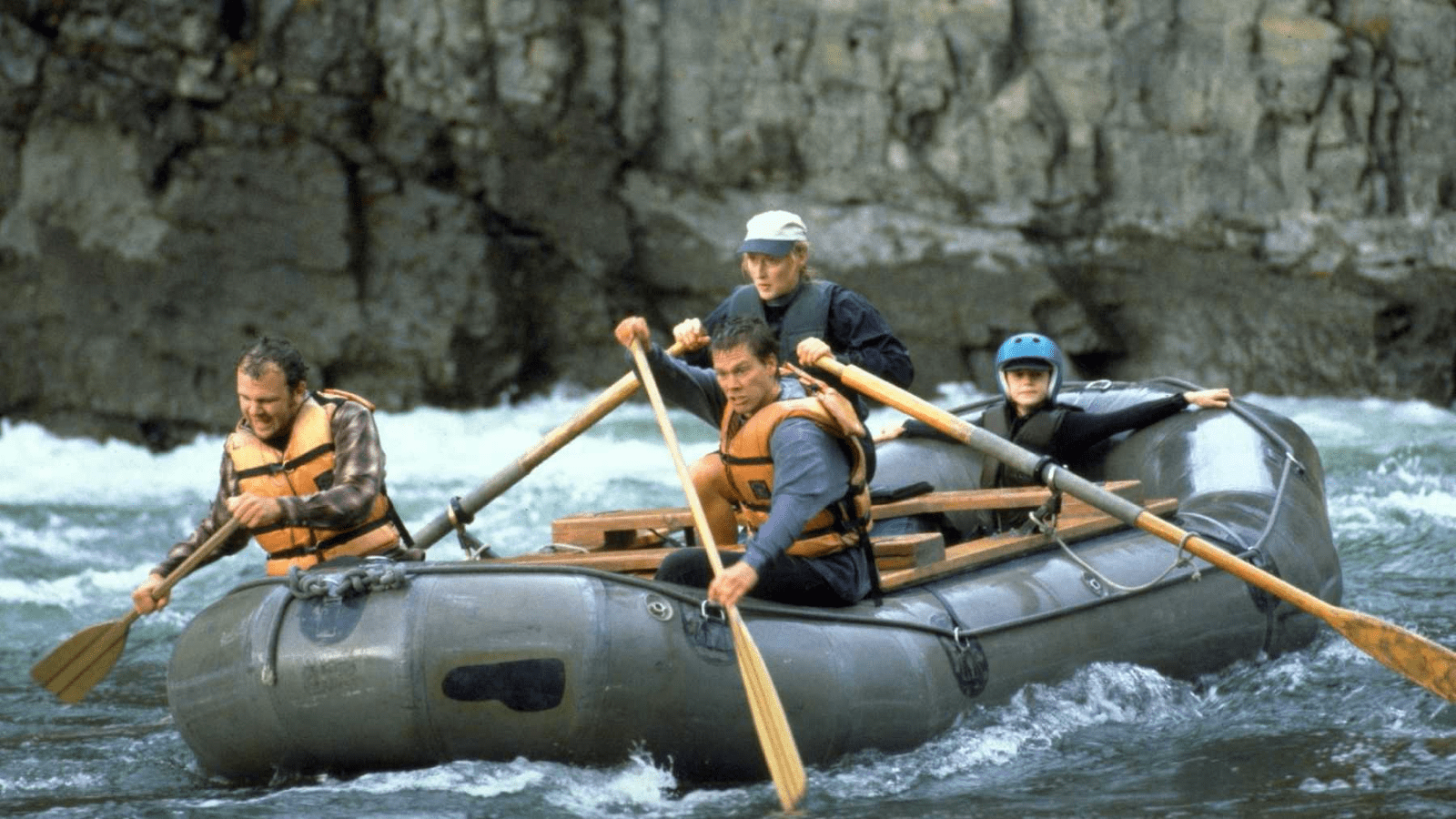 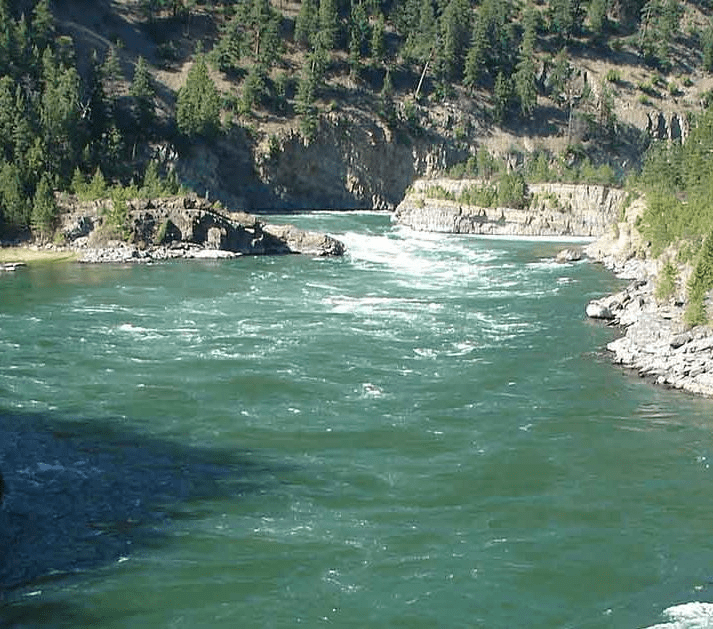 The Middle Fork section of the Flathead River was also used for some of the filmings, running alongside Route 2, between the West Glacier and Essex in the Waterton Glacier International Peace Park.

You might just be able to spot the exact scenes that take place in this location, as it is rather recognizable. 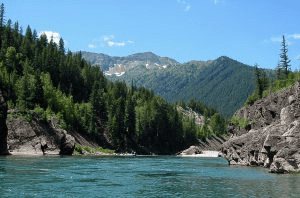 For any other additional scenes that don’t take place in the above-mentioned locations, they used the Rogue River, which is situated between Hog Creek and Argo Riffle, north of Medforth within Southwest Oregon. 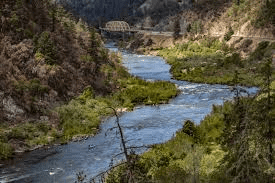 All of the rivers used for filming in the River Wild movie are still popular spots for rafting nowadays, so it isn’t that hard to organize your very own River Wild adventure, reliving the hardships that Meryl Streep went through in the movie on your very own raft (although, of course, your trip will be a lot more enjoyable and a lot less life-threatening, or so we hope!)