Stanley Kubrick’s The Shining which was released in 1980 has become an iconic horror movie loved by many – even if not by the author who wrote the original novel it was inspired by. Based on the novel of the same name by Stephen King, the movie features several notable locations to establish the sinister Overlook Hotel and its surroundings where Jack Torrance, portrayed by Jack Nicholson, descends into madness. But exactly where was The Shining 1980 filmed?

The awe-inspiring opening shots were filmed in the Glacier National Park, Montana. The shots which follow the Torrance’s Volkswagen Beetle were shot on the Going-to-the-sun road, towards the west of Saint Mary Lake. Saint Mary Lake itself and Wild Goose Island were used for the now-iconic aerial shots at the very start of the movie.

Interestingly, Kubrick wasn’t in attendance for these shots as he wasn’t keen on flying during his latter years. A second unit crew filmed the establishing shots from a helicopter instead. Some of this footage that wasn’t used in The Shining featured in the original cut of Ridley Scott’s Blade Runner.

While King’s novel was inspired by the Stanley Hotel in Colorado, the exterior of the Overlook Hotel in The Shining 1980 was filmed at the Timberline Lodge in Oregon. Kubrick was impressed by the rustic exterior of the lodge and felt it was exactly what he was looking for. The Stanley Hotel was used as the location for the Overlook Hotel in the television movie adaptation that King preferred. 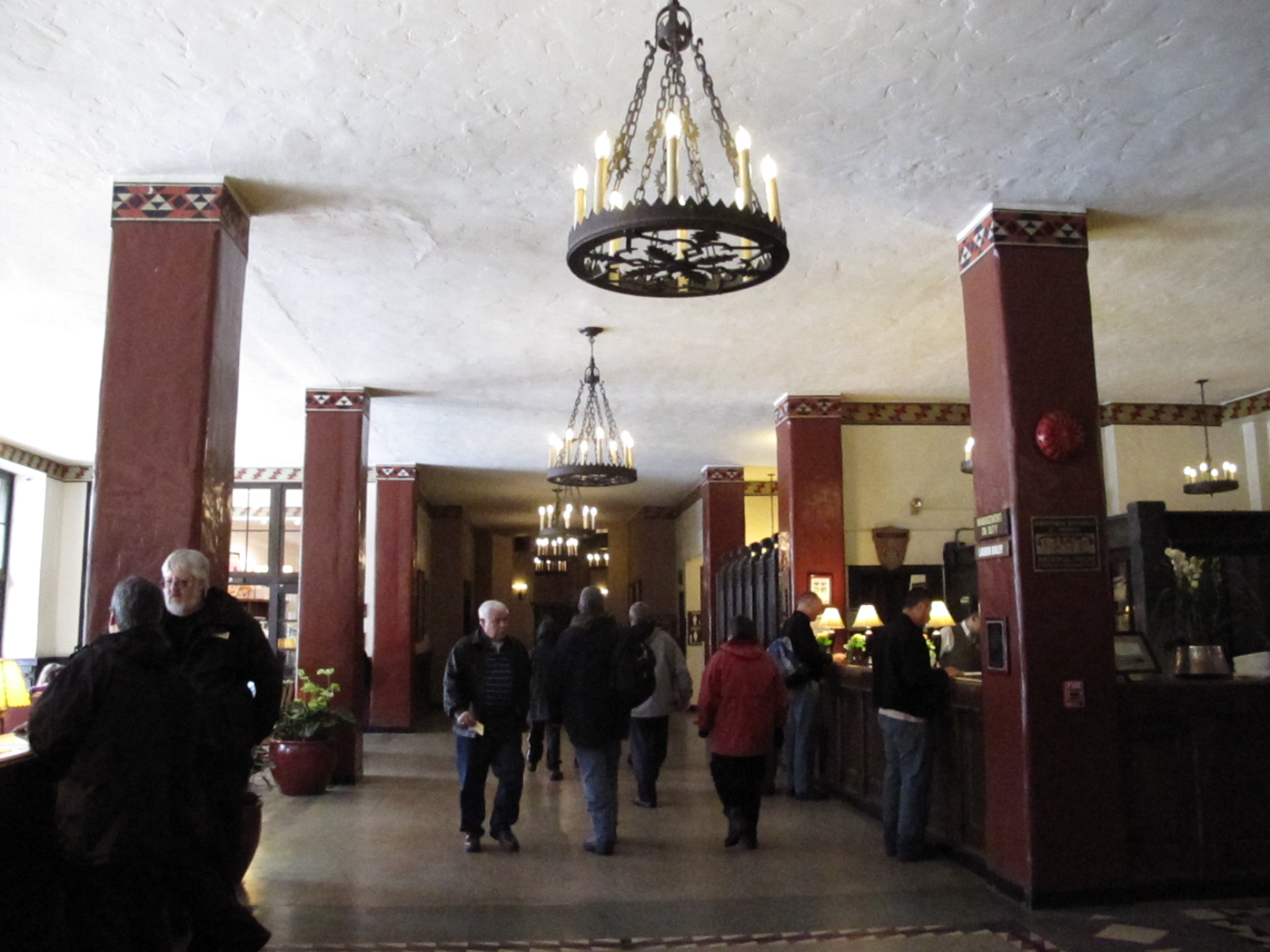 In fact, the majority of The Shining 1980 was actually filmed in these studios in England. Towards the end of filming a lot of the set was damaged in a fire at the studios, which put a delay on production. At the time of filming, the set of The Shining was the largest ever movie set built at Elstree Studios. This even included a life-size reconstruction of the exterior of the hotel!

Travelers to the Timberline lodge hoping to catch a glimpse of that infamous hedge maze from the final scenes of the movie will be disappointed. The maze was actually built at the former MGM Borehamwood Studios, also in Hertfordshire, England. The snow used in the final scene took roughly 900 tons of salt and crushed styrofoam to create the perfect wintry maze.

Fans of King’s novel may note that Kubrick chose not to show the sinister hedge animals from the original story. This was due to restrictions of special effects at the time; Kubrick opted for that now-famous maze chase instead. The famous chase through the maze at the end of the movie took at least a month to film.

The Stanley Hotel which featured as inspiration for King’s novel has now built its own maze after visitors were left disappointed to discover there wasn’t one in place.