Skip to content
Spy Kids 3-D: Game Over might just be one of the most innovative and ridiculous of all the Spy Kids movies (and that’s saying a lot).

Although it might be obvious that a movie set within a computer game isn’t filmed on location, it still had to be shot somewhere.

So, where was Spy Kids 3 filmed? Surprisingly for such a big movie, it wasn’t shot in California. Instead, Spy Kids 3 was shot in Texas. But where exactly?

Here are the primary locations from the shoot: 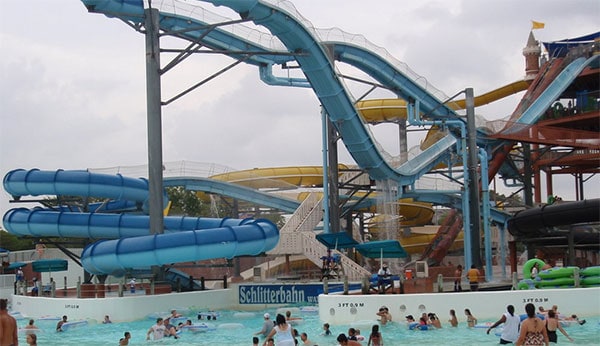 The waterpark featured at the start of the movie, known as “Agua Park”, is a real waterpark. This waterpark is Schlitterbahn Waterpark Resort. This is located in New Braunfels, around 20 miles outside San Antonio.

This area is portrayed as a spoof of Chinatown. But, in keeping with the theme of the franchise, there are many puns and funny names used for different areas. None of the locations used are used as their actual locations. All organizations and place names exist only in the Spy Kids universe.

The final battle which takes place at the end of Spy Kids 3 was filmed on Congress Avenue. The battle takes place in front of the Texas State Capitol Building.

This is actually near where the concert that takes place at the end of Spy Kids 2 was filmed.

There are quite a few other scenes that also take place outside of the video game. The vast majority of the scenes shot for Spy Kids 3 were filmed across Austin, Texas.

Although some scenes from Spy Kids 1 and Spy Kids 2 were also filmed in Texas, there have been lots of other locations used across the franchise. These have even included Costa Rica.