If there is one thing that every film geek can agree on, it’s that Tom Hanks has starred in some of the best films that exist.

So many films that he stars in have become renowned classics, which have definitely cemented him as one of the best actors around. From Saving Private Ryan to Forrest Gump, and that’s without even thinking about his animated work in the Toy Story films.

He is without doubt one of the most talented actors of his time with a lengthy career to support this, and his film, Terminal, further supports this. 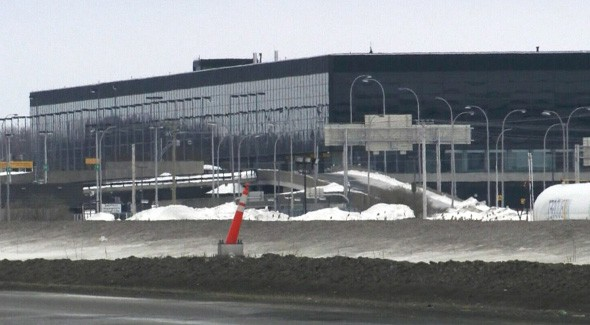 Terminal is another Steven Spielberg classic that tells the story of a man who is trapped in an airport terminal. In the film, Viktor Navorski (played by Tom Hanks) has traveled to America from his home country of Krakozhia.

During his flight to the US, civil war has broken out in his hometown and America no longer recognizes this as a valid country. Due to this Viktor is refused entry into the USA and is also unable to travel back home as his passport is seized by airport security.

With nowhere else to go he is forced to stay in the airport terminal.

The terminal in the film is based in ‘JFK airport’ in New York, but it wasn’t actually filmed in the airport. Instead, the film crew utilized a disused airport hanger to construct the set of the terminal.

While it is supposed to be in New York, the hanger that was used can actually be found just outside of Los Angeles at Site 9, 2825 East Avenue P, Palmdale, California. As well as being used in Terminal, this hanger has also been used in a variety of other films as its large space provides an excellent area for large sets.

Outside of the terminal itself, the only other scenes you see in the film are exterior shots of ‘JFK airport’. But, these shots are not actually of JFK airport, instead, the film crew chose to film a different airport.

For the film, they took exterior shots of Montreal-Mirabel International Airport in Quebec. The airport was built to be the main entry point for Montreal, however, it did not prove to be as successful as hoped.

The passenger terminal of the airport ended up being demolished as the airport was not used for commercial flights. The airport still stands, however, it is exclusively used for cargo.

That being said, you can still visit the exterior of the airport if you wanted to see the shots that were used in the movie.