The Beach is an adventure drama film made in 2000, directed by Danny Boyle and starring Leonardo DiCaprio.

The story follows the main protagonist, Richard (DiCaprio) in his search for a tropical beach paradise on his travels. Richard comes to possess a mysterious map that supposedly leads to a legendary island paradise filled with other wandering souls and sets out to find the beach.

The stunning, striking and astounding locations in which the movie takes place are filled with exotic landscapes, tropical forestry and white sand beaches. This could be why so many travellers have sought to find The Beach for themselves, and wondered where was The Beach filmed?

Where Was The Beach Filmed?

The main bulk of filming took place on the island of Ko Phi Phi Le in thailand. It has since become a popular tourist attraction for film buffs to walk the same sands as Oscar winning actor, Leonardo DiCaproi.

The Beach was filmed near the popular area of Phuket, in Thailand, and can be reached by ferry from Phuket Pier and Krabi. The actual beach where the film took place was located in Hat Maya in Phi Phi Leh. 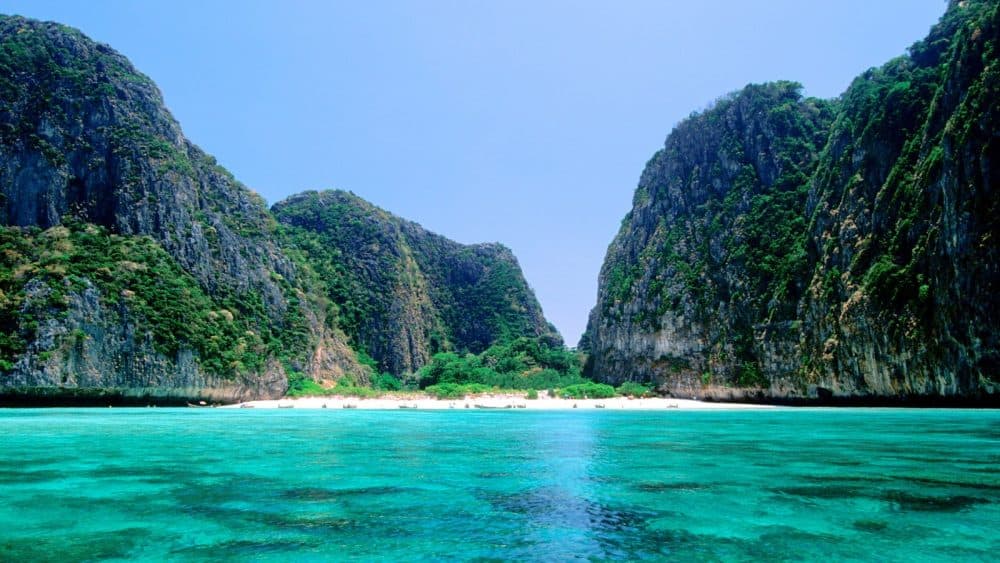 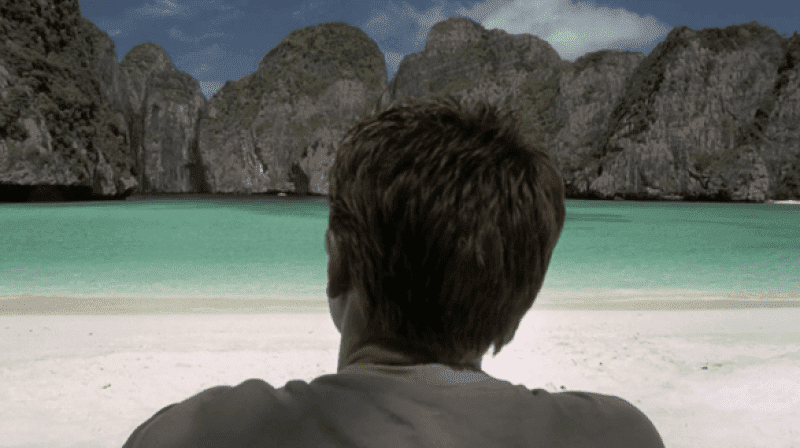 Leonardo DiCaprio at The Beach

Additional scenes were also filmed in Bangkok in Thailand. You could have probably guessed this, as the opening scenes depict Richard finding his way through the crowded streets, food stalls and locals in the busy city!

This scene was actually filmed in Khao San Road, which is an infamous backpacker destination filled with young, excited travellers just like Richard.

Leonardo DiCaprio in the opening scene of The Beach 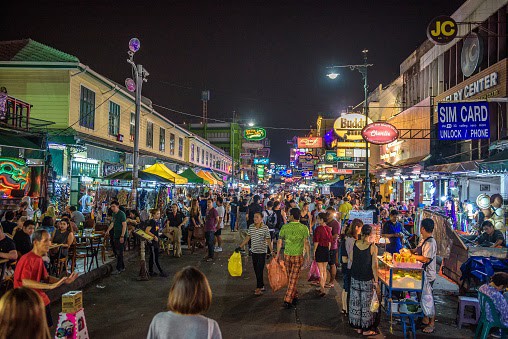 If you are finding your way to the mystical, legendary Beach, then you will have to cross the waterfall to get there.

Richard jumps from the waterfall in order to reach his destination, but in reality, the location is Haew Suwat waterfall in Khao Yai National Park. 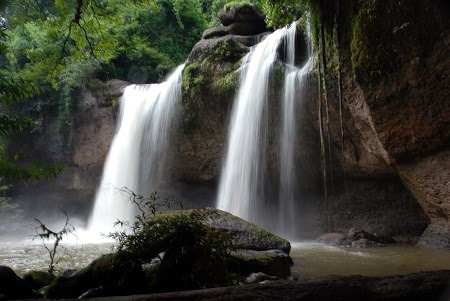 The waterfall scene, The Beach

Other interior scenes were shot in various locations around Phi Phi, Bangkok and Thailand.

When we see the protagonist, Richard enter his seedy, budget, backpacker hostel in Bangkok, we are actually seeing Leonardo DiCaprio enter a guesthouse in Phuket, several hours away.

The hotel room, 204 in which we see many scenes of Richard, is actually the On On Hotel in Phuket. Since the release of the film, the hostel looks a lot different, which may be down to the movie’s popularity amongst fans. You can even stay at the hotel and request the room in which DiCaprio filmed the shots! 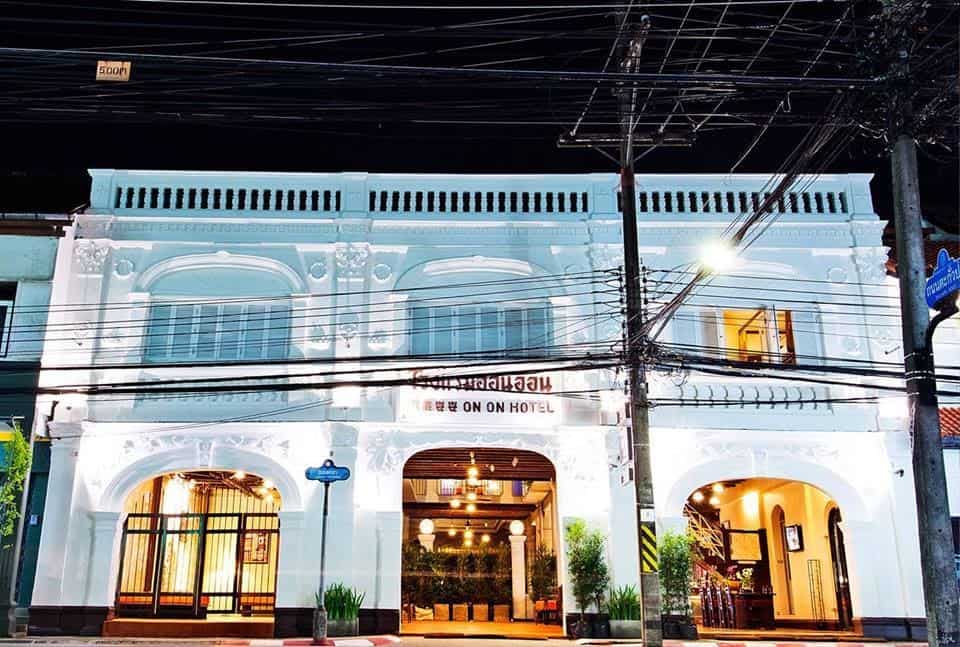 On On Hotel, Phuket

It is in this hotel that we first learn about The Beach and how to find it!

With so many beautiful locations and stunning sea shots, we are definitely adding The Beach to our bucket list, or shall we say Phuket list?