The Revenant hit the big screen back in 2015, and it left quite the impression on viewers. Following the movies’ release, it went on to win an array of awards including three golden globes and five BAFTAs.

The movie is based on the 2002 novel of the same name, written by Michael Punke. The Revenant retells the legend of a frontiersman named Hugh Glass, who is played by Leonardo DiCaprio. Although the movie and the book are based on real people’s lives, it’s uncertain exactly how certain events unfolded. Because of this, some details may have been exaggerated in the movie. However, it does make for a thrilling story. Director Alejandro Iñárritu wanted to capture the true essence of the tale by making it as realistic as possible. Minimal special effects were used to achieve this. However, the movie wasn’t filmed in the same place it was set.

The story takes place in South Dakota and parts of Montana, but almost all of the filming locations were in Canada. The high peaks and snowy landscapes of Kananaskis Country in the Canadian Rockies provide little need for a green screen.

The Canadian Rockies is made up of provincial parks, recreation areas and an ecological reserve to the West and Southwest of Calgary. It’s used in the scene where Hugh Glass is walking across what appears to be either a snowy valley or a frozen lake.The filming of this movie was a grueling and tiresome affair. Iñárritu insisted that it was shot chronologically over 80 days in a 9 month period. Over 90% of the movie was filmed outdoors, often far out in the wilderness without the usual comforts of a studio.

The lack of shelter paired with the unrelenting weather conditions made for some of the most difficult sequences in Box Office history.

DiCaprio described his time on set as some of the hardest work he’s ever done, this is probably because temperatures dipped as low as 30 degrees Celcius. But what exactly were the filming locations like? Read on as we explore the six key places the movie was shot.

The suspenseful opening scenes of the movie involve a bloody altercation between the Arikara tribe and fur-traders. This part of the movie was shot at Morley, a First Nations Settlement within the Stoney Indian Reserve.

This scene was so complex that it required one month of rehearsals before filming could even begin. As the window for natural light was small, if anything goes wrong, the entire scene would have to be taken again the next day. 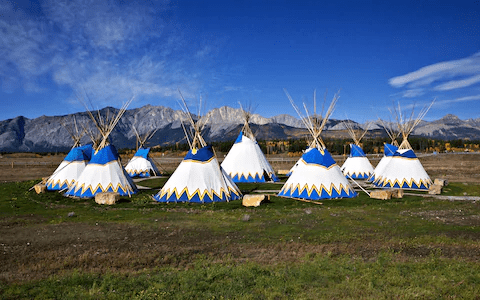 The next location you’ll see in the movie is Derringer Forest in British Colombia. After the brutal attack scene, the cast and crew head west to find their perfect location.

Glass is subject to further turmoil when he is mauled by a bear. Although Glass survived, DiCaprio found this scene particularly difficult to film as the bear was created using CGI.

This meant that the actor found himself being thrown around on hoists and harnesses to re-enact the frightful scene.

In the movie, we see Fitzgerald, played by Tom Hardy, trek through the mountainous wilderness. These scenes are actually filmed at a ski resort named Fortress Mountain. The filmmakers wanted a shot of an avalanche.

However, as they didn’t want to use CGI, they arranged for aircraft to drop explosives on the mountains to trigger one. This location would have been familiar to Leo, as it was also used in the filming of Inception. 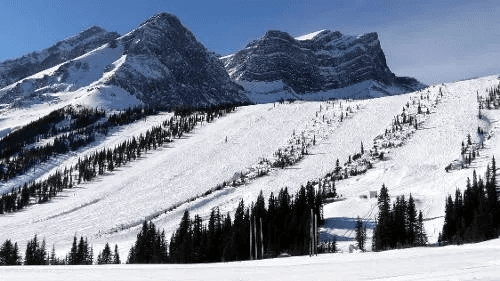 4. The Badlands of Drumheller

A little later in the movie, Fitzgerald witnesses a meteor falling out of the sky and crashing to the earth. The Badlands of Drumheller was the perfect location for this scene thanks to its unique rock formations.

The term ‘Badlands’ was coined by early French explorers and it referred to steep slopes and uneven ground – making it ‘bad lands to cross.’ The Badlands were created over 10,000 years ago when the glacier floodwaters carved the Red Deer Valley.

They stretch from southeastern Alberta into a small portion of Saskatchewan. It’s around 60 miles away from Calgary. This area is often referred to as the “Dinosaur Capital of the World” or “Dinosaur Valley.” This is thanks to the huge amount of fossils that have been discovered there. 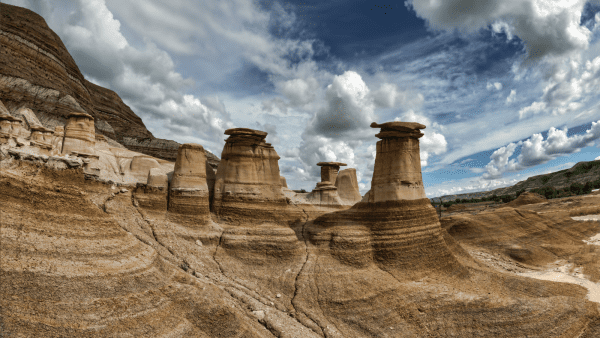 For one of the few scenes shot in the USA, the cast and crew head to Kootenai Falls, near Libby, Montana. It’s one of the largest free-falling waterfalls in the country with a staggering 90 feet drop.

Observant viewers may recognise this setting from the 1994 movie ‘The River Wild’, where Meryl Streep plays the lead role. The set itself is called Fort Kiowa and it is build on an area called ‘Dead Man’s Flats.’ 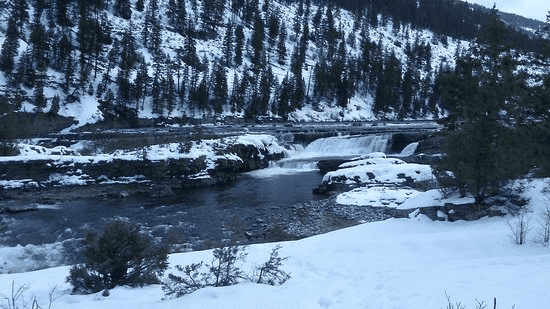 Although the original plan was to keep all of the filming locations within North America, the universe had other ideas.

Warm southernly winds took Alberta and the entire crew by surprise, as the snow had completely melted overnight. Due to the strict regime of filming sessions, the director had no time to waste in coming up with a solution, and fast.

To stick to schedule, snow was initially loaded in from trucks as a temporary fix. However, it soon became clear that this wasn’t going to be sufficient. The last few scenes were eventually shot in Tierra del Fueg, an archipelago split between Argentina and Chile.

The cast and crew didn’t spend much time in South America and had finished filming within four days. The final confrontation between Glass and Fitzgerald, was filmed on the Olivia River, in the mountains just northeast of Ushuaia, a resort town on the southern coast of the main island.

The local airport, Malvinas Argentinas International Airport, is the world’s southernmost international airport, often used as a cruise-ship gateway to the Antarctic.